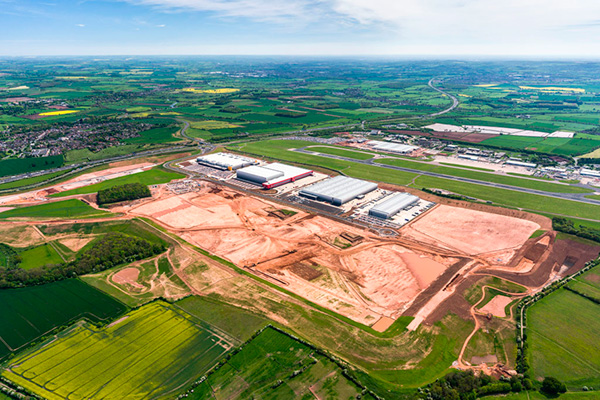 SEGRO has appointed Winvic Construction to build the fifth industrial unit at its flagship, 700-acre multi-modal logistics hub in the East Midlands.

Winvic started on site in early December 2019 and The Games Workshop facility will be a single storey facility including a 1,114m² two-storey office space.

Winvic Construction Director, Rob Bull, said: “Our relationship with SEGRO has gone from strength to strength since we began one of the largest earth-moving, multi-agency developments in Europe three years ago at the site.”

The company also constructed the first four units on the park and delivered the park’s infrastructure programme, which comprises a 50-acre Strategic Rail Freight Interchange that will receive its first trains in early 2020.

Steelwork for three of the first units on the park was erected by Severfield, while the fourth unit was delivered by Caunton Engineering.