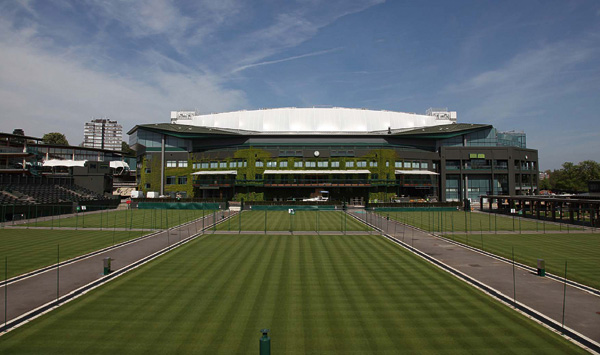 The redevelopment of Wimbledon’s Centre Court, which included the construction of a retractable roof, was awarded a European Steel Design Award at an international ceremony in Barcelona on 17 September.

The awards are given by the European Convention for Constructional Steelwork (ECCS) every two years to encourage the creative and outstanding use of steel in architecture and construction.

Wimbledon’s retractable steel roof (which also won an SSDA this year) weighs 1,100t, with its air conditioning plant adding a further 400t. This meant the roof’s four main trusses spanning 77m between columns had to be very substantial in terms of strength and stiffness.

The roof is divided into two sections with four bays in one and five in the other. When the roof is deployed each section is extended over the court and they join in an overlapping concertina seam over the centre of the court. At the same time fabric is unfolded by hinged arms in four lines on top of each truss. Operated by electro mechanical actuators, they help to push and keep the trusses apart.

Deploying the roof over the court will take under 30 minutes, keeping disruption to the Centre Court action to a minimum.