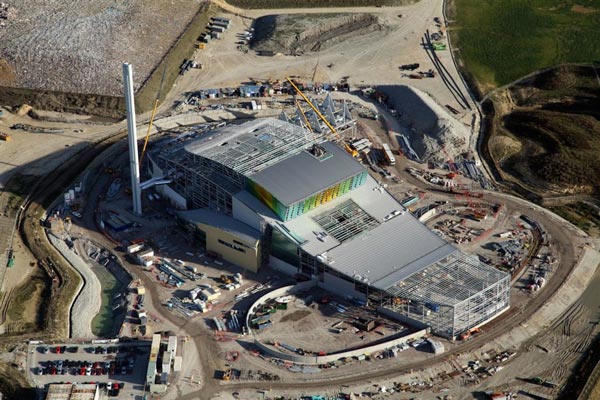 Metsec has supplied a range of purlins and side rails for the construction of the secondary steel structure at the new Viridor Energy from Waste (EfW) facility in Ardley, Oxfordshire.

Approximately 300,000t of waste will be processed at the site annually, to produce energy when the plant becomes fully operational later this year.

The steelwork contractor Bourne Steel’s Project Manager, Kevin Springett, said: “Metsec’s ability to deliver the specified components to site within a fairly narrow timeframe was crucial to the project. Despite short notice, they delivered the material promptly.”

“Within eight months the secondary steel structure went up 35m over ground level, as part of the superstructure that was erected around the EfW plant. At 229m long, varying from 38m to 70m wide and from 29m to 70m high, it really is an impressive facility.”