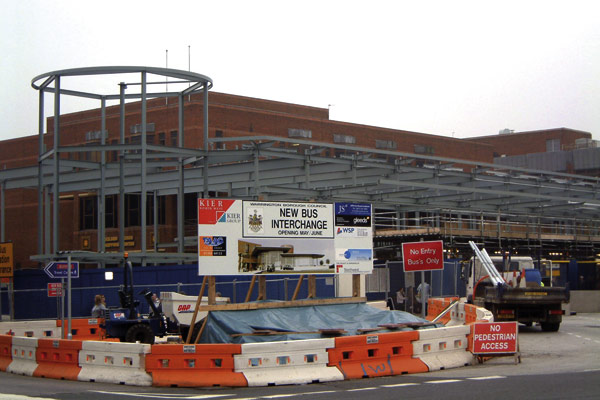 A new steel framed bus interchange is forming a central part of a major development and regeneration of Warrington Town Centre. The A A Group erected the structural steel, for main contractor Kier North West, in three phases due to site restrictions.

Work began in July 2005 when the old bus station was demolished, with a temporary station situated right in front of the site. “The temporary bus station, along with being in the centre of the town and next to the shopping centre, makes the site very restricted” said The A A Group’s Managing Director Kevin O’Keeffe.

The first phase of steelwork involved the erection of 37t of steel to construct a public tunnel from the Golden Square shopping centre to the temporary bus station. The following phases saw the erection of the main structural frame containing a total of 148t of steel.

Construction of Warrington Interchange is expected to be completed by July this year.

Tagged regeneration, TAAG, The A A Group, Warrington