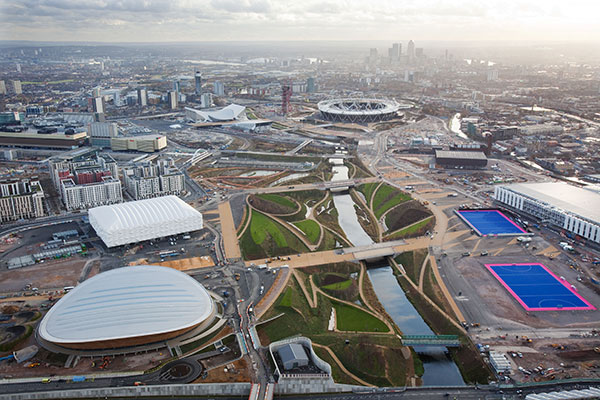 More than 90% of the construction at the Olympic Park is now complete with less than 200 days to go before the London 2012 opening ceremony takes place on July 27.

The majority of the main venues are now ready for test events, with steel construction having played a key role in the completion of much of the infrastructure.

Olympic Delivery Authority Chairman John Armitt said: “It is thanks to the expertise of the construction industry that a run-down area has been transformed into the setting for the world’s greatest sporting event.”

During the next couple of months the final pieces of the overall construction project will be completed as the Olympic Village, Water Polo Arena – steelwork erected by Caunton Engineering – and the shooting venue at Woolwich are finished.

Major milestones involving structural steelwork have included the completion of the centrepiece Olympic Stadium in March 2011. Watson Steel Structures erected all of the 10,000t of steel for the project, a total which makes the venue 75% lighter in terms of steel than any Olympic Stadium to date.

The adjacent Aquatics Centre was unveiled during the ‘1 year to go’ celebrations in July 2011 with Tom Daley making the first dive into the pool. Rowecord Engineering erected 2,800t of steel for the structure’s signature wave-like roof.

The Velodrome (erected by Watson Steel)  was the first Olympic Park venue completed in February 2011 followed by the BMX Track which held the UCI BMX Supercross World Cup test event in August.