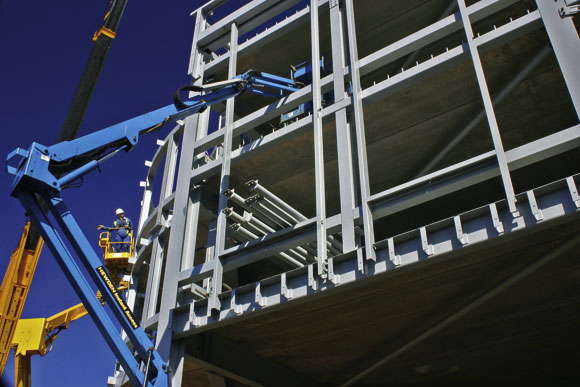 The multi-storey car park was cheaper than a concrete structure

So successfully was steel used for the redevelopment of Workington town centre, the contract was extended to include an adjacent multi-storey car park.

The centre of Workington until recently comprised an uninspiring mixture of run-down Victorian streets and shops with a smattering of 1960s developments. But a £45M redevelopment project has replaced many of these buildings with a new piazza-style shopping centre, based around a Debenhams anchor store and a new multi-storey car park.

More than 2,000t of structural steelwork has been erected by Conder Structures in two projects to complete the redevelopment of Workington’s town centre to form the new Washington Square complex.

The construction of the new development is in a cruciform pattern of pedestrian shopping around four ‘zones’, with new shops built over the former surface car park to fill gaps in the existing layout of the town centre. 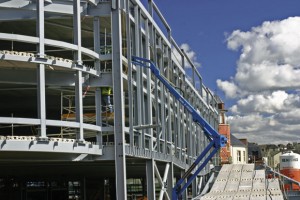 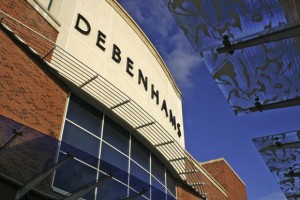 Debenhams is the flagship anchor store set over three levels 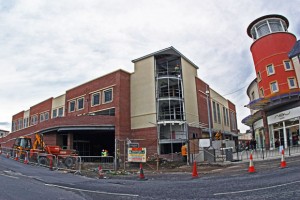 Zone One of the project, which was the last phase to get started, has a footprint of 75m x 47m and consists of a three level 427-space multi-storey car park sitting on top of one level of retail outlets. Tim Bunker, Quantity Surveyor for main contractor Thomas Armstrong says this part of development could have been built in concrete.

“Both steel and concrete were considered in the original tender. But this Zone was the last to begin and steel had already been used on the other zones very successfully,” Mr Bunker says.

“The use of steel for the car park required intensive work by Conder, but they were up to the task for this intricate and difficult design. The advantages of quicker erection on the limited site have been confirmed,” Mr Bunker adds.

According to Thomas Armstrong, the steel structured car park was actually 8%-10% cheaper than the proposed concrete alternative and offered significant advantages in faster erection on the limited site.

“The car park is surrounded on three sides by retail developments and a challenging aspect of the job was actually getting the required number of car spaces into the confined footprint,” Mr Bunker adds.

In order to maintain the overall plan and remain within the proposed height and elevations of the new town centre, Mr Ridley says Conder built the car park using its special beam construction with curved elements or frames with falls in the car park of 1:50, plus shallow ramped entrances and exits.

The structure falls within an overall height of 13m to the top of the parapet and still offers more than 400 spaces – an increase of 50% in the number of parking spaces available in the town. The company erected more than 700t of steelwork to complete the car park structure.

Using steel instead of concrete also helped keep congestion to minimum on the confined site and surrounding area. “By using steel we had less deliveries and less equipment,” Mr Bunker explains.

The ‘flagship’ of the overall development is the £6M 8,450m² Debenhams anchor store, which is built over three levels and takes up most of project’s Zone Three.

“This is the biggest retail unit in the scheme and also required the largest spans,” Wayne Hansard, Structural Engineer for Ward Cole says. “Debenhams requested a 10.8m x 10.2m grid throughout the store for their open-plan floor layout,” he adds.

The anchor store has a braced steel-framed which acts compositely throughout with the steel beams.

Adjoining the anchor store are Zones Two and Four which are both retail areas of two-level units arranged along two malls with a service road. The major difference in the levels of the two roads has been exploited to provide delivery bays to the retail outlets on ground level with levels 2 and 3 of the car park placed above the shops. The finished floor level at the 3rd level is 26.83m with minimum clearance of 2.2m between floors and floor-to-floor heights of 3.13m.

The architect’s design breaks up the elevations into individual buildings by the use of different materials and roof profiles to create a ‘streetscape’ that matches the rest of the town centre. Glass canopies provide protection for shoppers from the weather, while to enhance a local flavour, all malls and surrounding roads have been named after local sportsmen and woman.

Zone Four has also involved a major refurbishment of some existing shops and these structures have been extended with new steel frames, explains Mr Hansard.

The entire project has now been completed and the final piece in the jig-saw – the car park – opens for business in early November.