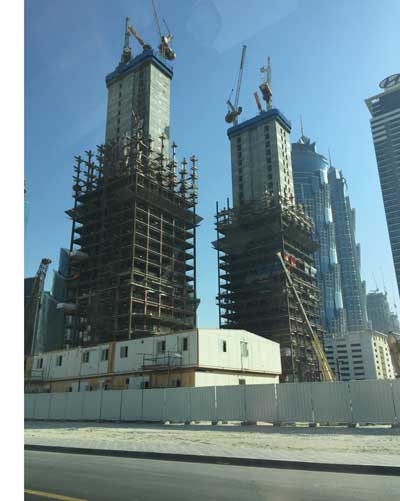 Structural Metal Decks (SMD) is supplying 114,000m² of its TR80+ floor decking to the Tiara United Towers project in Dubai.

Located on the main road into Dubai, the project features two steel-framed towers side by side, each 50 floors high. The East Tower boasts a five-star hotel spread over 35 floors with the West Tower comprising office, conference and retail areas.

The façades of the towers are inspired by the concept of stained glass. At night, the glazed panels will be illuminated from within, creating a dramatic pattern within the city skyline.

Last month SMD celebrated its 30 anniversary as the company initially opened its doors to business on Monday 9th February 1987. Originally founded by Severfield-Rowen, SMD soon moved to larger premises and by the end of the decade the company had hit the £1M benchmark in turnover.