Reusing much of the original steel frame of a former 1960s Royal Mail sorting office, a modern mixed-use development has been created

Unlike many city centre schemes, this project’s demolition programme included retaining a large portion of the original 1960s-built steel-framed building.

A horseshoe-shaped zone in the middle of the site containing ground, first and second floor levels was left in place. 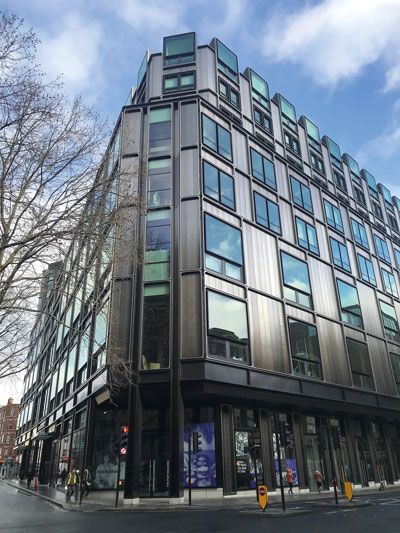 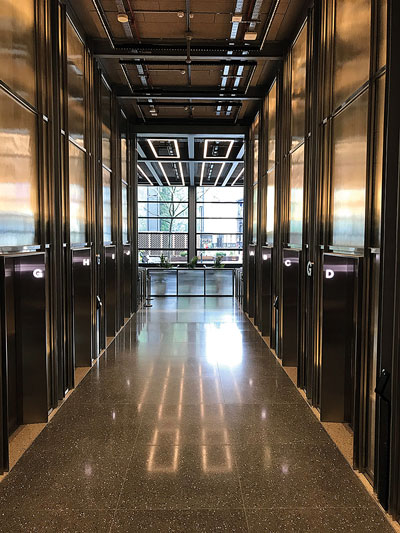 “A number of factors came into play when we chose a steel core instead of a concrete one. The site’s basement and raft foundations have both been reused and this lighter steel option helped avoid the need for new piles,” says Arup Project Engineer Tim Bennett.

As these long spans were no longer necessary, new columns were added to reduce the spans and spread the increased overall building mass more evenly on the existing foundations.

The now redundant transfer beams have been slimmed down from 2.0m-deep to 600mm-deep members to allow mezzanine floors to be inserted and maximize the available headroom within the existing floor-to-floor heights.

An entirely new steel frame was then erected around the retained portion completing the lower three floors and filling up the entire site’s footprint.

In summary, the judges say this is a great example of a steel-framed building being adapted to give a new life for a different use. The existing steel frame was retained wherever possible to produce impressive and unusually generous commercial spaces. Maximising the reuse of the existing structure resulted in a build with a much smaller carbon footprint.