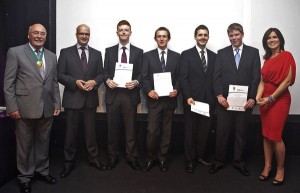 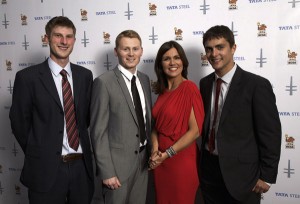 The 2011 Tata Steel/BCSA Student Awards, organised by the Steel Construction Institute and supported by the Institution of Structural Engineers and the Institute of Civil Engineers were also awarded at the same ceremony as the SSDA’s on 7 July.

The competition, as always, was divided into two steel categories – Structures and Bridges. The Structures category required students to prepare an outline design for an aquatics centre, while for the Bridges category students had to design a single carriageway structure across a loop in a river.

The Structures first prize went to the University of Sheffield, whose entry was described by the judges as well presented with a very clear artist’s impression. Second place went to University of Manchester, with Queens University Belfast collecting the third prize.

The Bridges category was won by the University of Bristol, with the judges panel, chaired by Barry Mawson of Capita Symonds, commenting that the multi-arched open spandrel structure suited the site well.