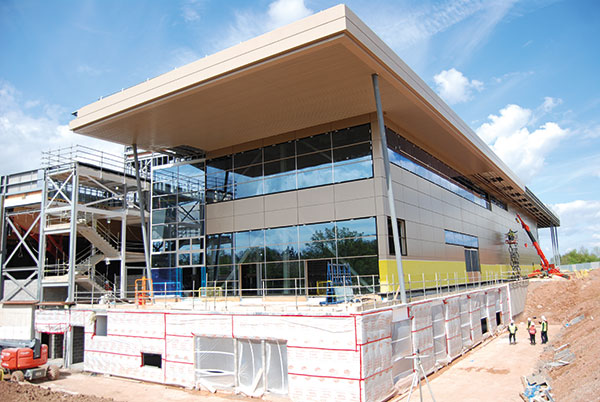 Due to complete in March 2019, the University of Warwick’s new sports hub is quickly taking shape with the aid of 900t of structural steelwork erected by Hambleton Steel.

The scheme will create one of the foremost sports facilities at a UK university – including what is claimed to be the country’s largest gym facility in the higher education sector.

Willmott Dixon Managing Director in the Midlands Peter Owen said: “This is a fantastic project to be part of, creating cutting edge sporting facilities for the community at the University of Warwick which will really benefit its users.”