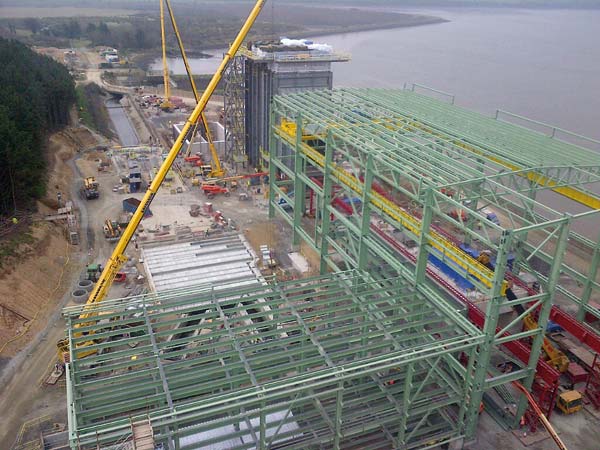 The 460MW plant, which is due to be commissioned in 2014, will replace an existing 240MW fuel oil unit at the site.

Kiernan Structural Steel has fabricated, supplied and erected approximately 2,250t of steel for the project, including a series of 30m long x 3m deep trusses for the turbine hall’s roof.

The turbine hall is 30m high and each of the structure’s main columns weigh more than 9t each. The fabricated plate columns not only support the roof trusses, but also large 1,400m deep x 400mm wide crane beams positioned 21m above ground level.

“Most of our overall steelwork tonnage has been erected in the turbine hall,” said John Kiernan of Kiernan Structural Steel. “Although 400t was needed for the attached electrical building.”

Main contractor for the project is Dragados Cobra Initec.