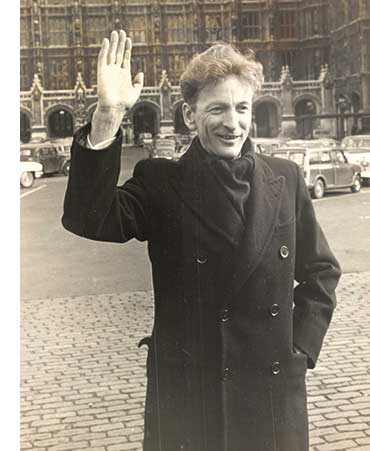 Mr Buxton led H Young Structures from the early 1950s until he passed the chairmanship of the company to his son Peter Buxton in 2002, when he was elevated to President of the company for his lifetime.

As well as being an active member of the Institution of Structural Engineers, he was a father and grandfather, an avid pilot, accomplished organist and musician, adventurer, canoeist, churchman and fields sports enthusiast.

In the latter part of the Second World War he held the office of Captain in the Indian Electrical & Mechanical Engineers, serving in India, Vietnam, Borneo and Iraq.

Contracts were secured for power stations, grain storage warehouses, food and drink processing facilities, large structures for the mining industry and a cathedral in Nigeria. Many of these contracts were joint ventures with H. Young shipping thousands of tonnes of steel to various parts of Africa.

The 1960s saw Mr Buxton’s political career begin when he became the Conservative candidate for Leyton. He famously won the 1965 Leyton by-election by 205 votes, when he beat the incumbent Foreign Secretary Patrick Gordon-Walker. He was a member of parliament for less than two years, but continued to be active in politics for much longer.