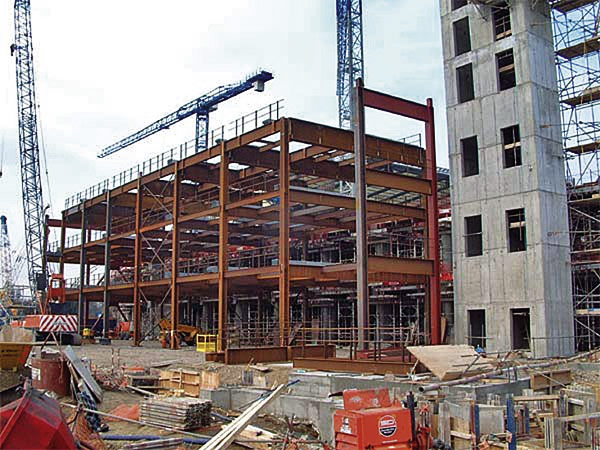 Steelwork erection for Twickenham’s new £90M South Stand is well underway and is scheduled for completion by December.

The official home of English Rugby Union, will have increased its capacity from 75,000 to 82,000 once main contractor Mowlem (now part of Carillion) has finished the redevelopment.

Steelwork contractor Cleveland Bridge is supplying and erecting steel for two separate on site packages; 3,000t for the commercial and hotel complex, and a further 1,500t for the grandstand. 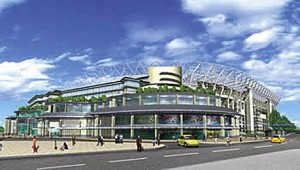 The new South Stand consists of three levels, a lower concrete tier which is new complete, and a mid and upper tier which are steel framed. Housed within the stand is a commercial complex with a sports and leisure centre, and a 4-star hotel

According to Cleveland Bridge Project Manager, Andy Hall, the upper tiers will be ready for this year’s Autumn internationals. “The plan is to initially use the stand without a roof, and then erect the steel roof during December,” Hall said.

For the stand Cleveland is supplying rakers and trusses of various sizes, while the commercial and hotel complex requires steel columns and beams.