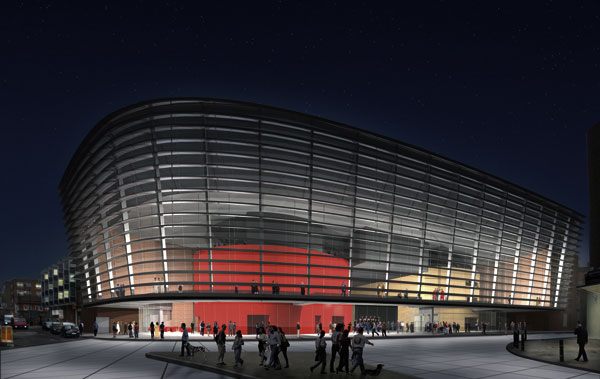 The £48M Leicester Performing Arts Centre is set to become one of the focal points in the regeneration of the city’s central district.

More than 2,500t of structural steelwork will be erected on site by William Hare, including a large 1,900t truss that supports the Centre’s entire roof.

This large steel section is supported by four concrete cores and allows the building to have no internal columns. It was fabricated off site and brought and delivered in a number of separate pieces.

Scheduled for completion by late 2007, the Centre features two auditoria with seating for 350 and 750 people respectively.

The majority of the structure will be glass clad which will allow people to look in from the outside to see sets being built, and rehearsal rooms and facilities.

Main contractor is Bovis Lend Lease and the project was designed by architect Rafael Vinoly.