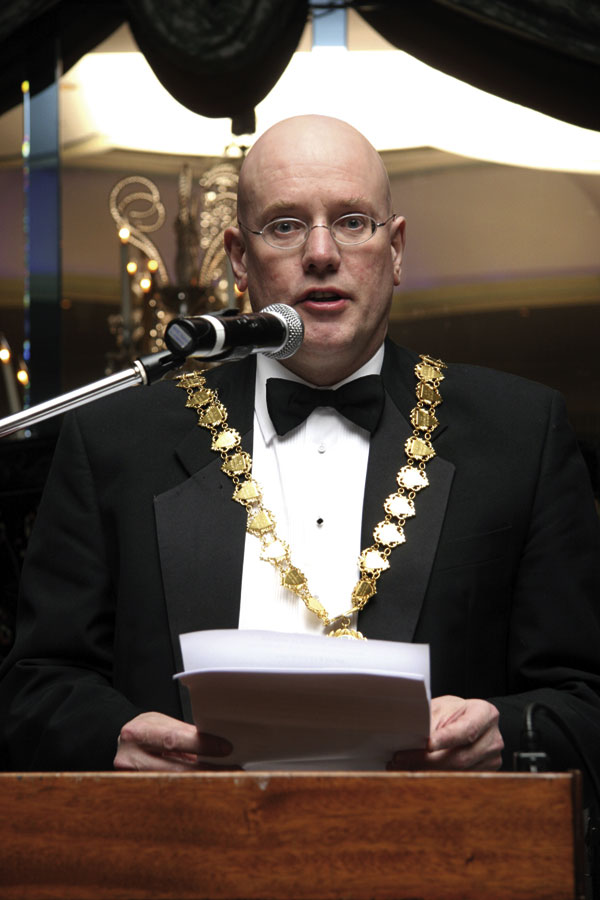 The steel construction sector was looking confidently to the future with healthy forward order books, to as far ahead as 2009 in some cases, BCSA President Richard Barrett told the National Dinner.

In his address to guests at the Dorchester Hotel on 28 February Mr Barrett said last year the sector achieved record sales of 1.6M tonnes of steel. Members were confident about their prospects despite recent troubles in the financial world.

He was pleased that the government was undertaking its review of the Construction Act, although he noted that the current review, underway now for four years, was taking longer than the original Act to prepare. Reforms to the payment regime were urgently needed. Mr Barrett urged members who found that their public sector clients were not behaving in accordance with the Office of Government Commerce (OGC) guidelines for fair payments to report them to the OGC.

Mr Barrett welcomed the publication by BCSA of the new Guide to the Allocation of Design Responsibilitiesinsteelconstruction, which was designed to help clients by having projects delivered more efficiently, and to ensure that steelwork contractors know the extent of their liabilities. There was a programme of publications under way, for example with a guide to bridgeworks being prepared. Other design guides were being produced jointly by BCSA, Corus and the Steel Construction Institute.

Mr Barrett also announced a major drive by Corus and the BCSA to spread the sustainability messages about structural steel, through advertising and other promotional efforts.

He warned members that CE Marking of structural sections was coming in October this year and would be mandatory a year later. BCSA was producing courses to help members prepare.

…as more time promised for Eurocodes 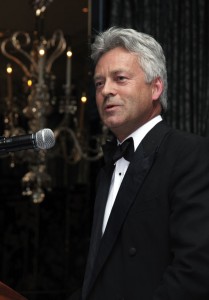 Shadow Secretary of State for Business Alan Duncan MP has promised that a Conservative government would make it a priority to allow more time for the introduction of Eurocodes.

Speaking at the BCSA’s National Dinner Mr Duncan said: “Steel faces a difficult transition from BSI to new European standards. The introduction of the Eurocodes is a nightmare for the industry.” Mr Duncan said hurried training programmes were being forced on the industry. He said: “I assure you that a Conservative government would make it a priority to give more time to make that change.”

Mr Duncan also congratulated the steel industry for massively increasing its market share in recent years. The industry’s success was due to listening to what the market said it wanted, adapting to globalisation and proving that the UK’s manufacturing sector is not dead.

Mr Duncan attacked the level of regulation faced by business and said more could be done to lift the burden. He criticised the government for having had seven construction ministers in the past ten years:

”You need a dedicated minister for construction, someone who can fight your corner in Whitehall,” he said.

Mr Duncan also acknowledged that ‘serious changes’ were required to the Construction Act, in particular to the payment related sections. Payment procedures need to understand the nature of the modern construction industry, he said. With the Olympics looming, the government could not afford to take the construction sector for granted, and issues such as payment and regulation needed to be addressed as urgent priorities.