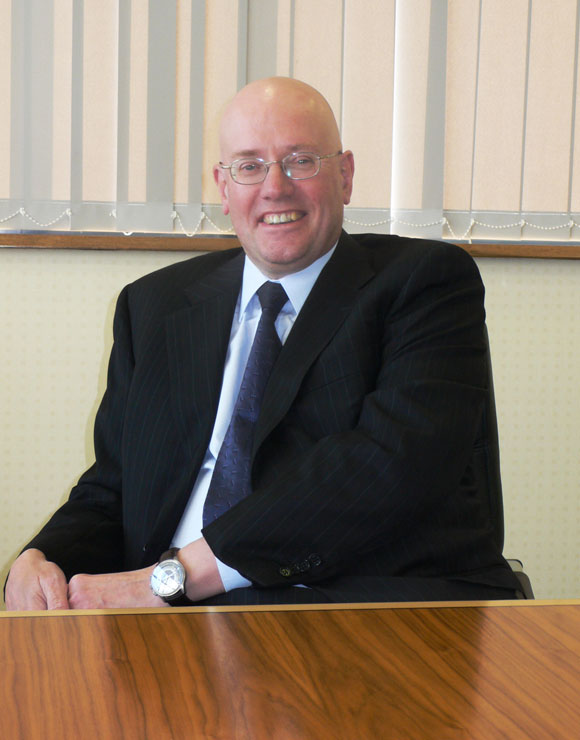 Let us deal with the adjectives first. There is no denying that Richard Barrett is big (he must stand over 1.8m and weigh 100kgs) and bald (the light tends to shine off his shaven head). You only need to talk to him briefly to realise he is an intelligent man knowledgeable about the industry in which he works and – as BCSA President – now serves. (He actually got a double first in engineering at Cambridge.) His character is generous, open, super positive and of a nature that draws people on side. Which leaves just the last of the words listed above to explore: the description canny. Well, he is that, all right, in spades. Particularly in regard to timing.

This year he is 50 and he has ‘retired’, just as he always promised himself he would, right on target. His business, Barrett Steel Buildings, has been sold to its senior managers (although Richard remains as non executive chairman for two years) following some excellent years of trading and, crucially, with the prospect of more good years to come. He is not married, has no children and selling up was the fundamental element of his succession plan. The time was right for the business to go.

Shrewdness and a sense of timing have marked Richard Barrett’s career both before he and his brother James bought the family firm back in the 1990s and since – initially in the use of his own engineering skills to win business, subsequently in aligning his company’s skills and credentials to suit its clients’ broadening interests, into areas of sustainabilty and least environmental impact. Barrett Steel Buildings was very early into design and build (D&B) and total IT integration; later it was first in its sector to attain ISO 14001 accreditation, first to sign up to BCSA’s Sustainability Charter, first to engage in carbon offsetting.

But to discuss this, is to leap ahead with Richard’s profile. Going back to the beginning, Richard Barrett was born in west Yorkshire with metal in his blood. The original family business Henry Barrett & Sons owed its origins to his grandfather’s grandfather having established himself as an iron merchant in Bradford in 1860s. The company gently prospered over the years, by the late 1970s trading as a steel stockholder and supplier of structural steelwork, of moderate size but good repute. “Despite not being pressured by my father, and ignoring my mother who was desperate for me to take a doctorate, I went straight into the family firm on graduating in 1978,” he says. 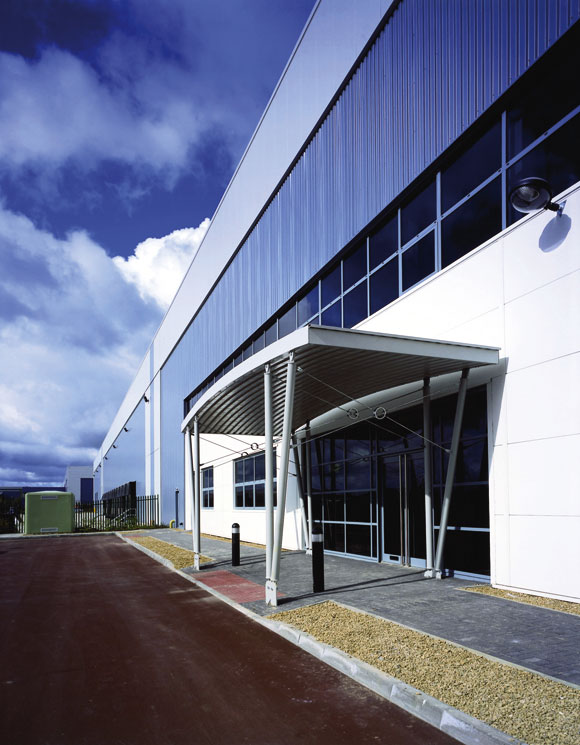 The economy was stuttering and structural steel was not doing particularly well, but Richard – who at Cambridge had enjoyed economics as much as structural engineering, particularly the commercial interpretation of economic principles –  felt sure he could make more of the company. All in good time, thought his father. Year one was spent by young Barrett on the shop floor, year two on site, year three in the drawing office. “It was after this time I began adding value to the company, having gained an understanding of components and the practical side, which I could marry to a knowledge of engineering principles.”

D&B was now something that Henry Barrett could offer, almost alone among steelwork contractors. Markets were sought – sheds were the obvious first target, and almost immediately success came the company’s way. “We could be extremely competitive, through D&B getting the design right on the nail to produce just the right structure at least cost but with best margins.” Henry Barrett became the market leader in sheds and looked for other areas to exploit. (Multi storey buildings up to 12 floors, schools, most recently multi storey retail stores for the likes of IKEA: all are being designed and built by Henry Barrett Ltd’s successor, see below). “The general development of D&B within the steel sector has helped make steel become the success it has,” Richard says now.

He was appointed technical director in 1985 and his influence grew. His father Guy became BCSA President around this time (hence the reference in this article’s introduction: Richard is the first son to follow his father into the role), and with Richard and James looking after the structures and steel stock holding sides respectively, the company’s profits grew. Henry Barrett & Sons was floated on the Stock Exchange in 1987 and diversified (a process many specialists engaged in at the time) into the likes of plastics, materials handling and curtain walling. Which was to be the company’s undoing: recession hit the peripheral companies hard in the early 1990s and the Receiver was called in, in November 1992.

Again, as alluded to above, lateral thinking combined with structural knowledge and an eye for beneficial and social benefit have helped. For instance, Barrett Steel Buildings set out several years ago to discover to what extent a steel framed building could be ‘recycled’ – well ahead of the rest. The company designed and built in 2005 a building for client ProLogis which had ease of disassembly built in, to aid eventual reuse in the future.

Barrett Steel Buildings was sold in August this year and is now in the ownership of its former senior managers. “There are many good years ahead for the company,” believes Richard Barrett.  And what will he be doing? As well as his ‘hand over’ period as non executive chairman of Barrett Steel Buildings, he continues as a director of Barrett Steel and has many other interests, including of course the BCSA. There, sustainability, Eurocodes, steel v. concrete will all figure on his Presidential agenda, as will ‘participation’. “The more members are involved, the stronger BCSA is,” he says. “The membership is a huge resource, in terms of energy and the potential to get things done, but there are engagement issues to be addressed.”

His professional activities will not be allowed to take up all his time. A petrol head, with an Aston Martin and E-type to his name, Richard will probably follow the F1 circus around the world more assiduously than hitherto. Travelling for the sake of it, a great interest of his, will be undertaken but only in short bursts. “My labradors Merlin and Percy appreciate a great deal of attention and we don’t like to be parted from each other for long.”