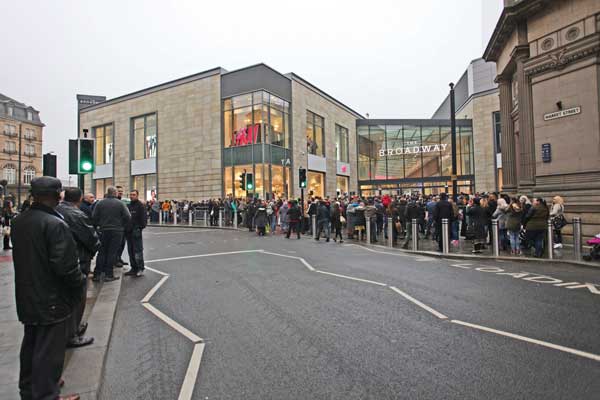 The steel-framed project features two large anchor stores (Debenhams, and Marks and Spencer), car parking for 1,300 vehicles and more than 70 other shops, restaurants and cafes.

“As with many large retail developments, the Broadway scheme underwent a number of design changes at the request of tenants, while some even took place during the construction programme,” said Keith Whitmore, Westfield Head of Design & Construction. “Steel enabled alterations to be made easily and this is why it is ideal for retail projects.”

“Most of the alterations were quite small, such as re-positioning lift and escalator penetrations in the frame, but moving a steel column or two is much easier than altering a concrete wall,” added Mr Whitmore.