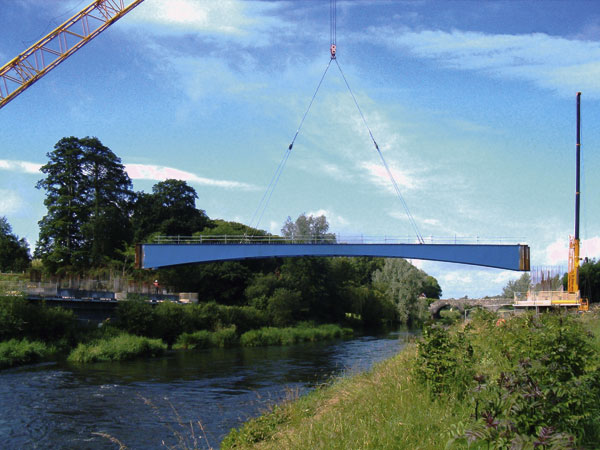 A steel composite bridge was the solution used for the recently opened M3 motorway’s longest structure needed to span the River Boyne.

Covering a length of approximately 66km, the motorway links Clonee – just north of Dublin – with the commuter towns of Navan and Kells.

SIAC Butlers Steel fabricated and erected the bridge, known as Structure S19, using 650t of structural steel for the job.

“Most of the connections on the bridge are bolted, but for aesthetic reasons the outermost girders were site welded,” explained Tony Callanan, SIAC Butlers’ Construction Director.

Working on behalf of the M3 Motorway JV, SIAC Butlers also supplied and erected the steel signage gantries along the M3 and toll booths at either end the motorway.