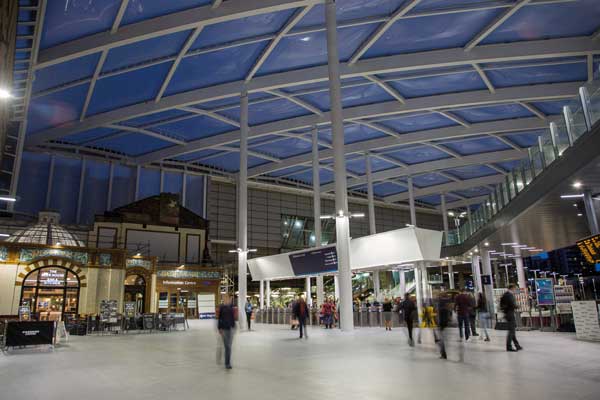 As well as maintaining Manchester Victoria’s heritage, its upgrade by Network Rail involved building a vast new roof made from the same material used at the Eden Project, giving train passengers and station users a light, spacious environment, including new shops and cafes.

The roof is formed with 15 curved steel ribs that are bolted to 4m-high buttresses at ground level and then arch over the station to be supported on 18m-high CHS columns.

The modernisation of the station, carried out while it remained operational, is part of an investment programme to boost rail capacity and connectivity together with the speed and frequency of services across the north of England.

Transport for Greater Manchester and Network Rail have worked together to incorporate the expansion of the Metrolink tram network at Manchester Victoria into the redeveloped station, which now has four new tram platforms and three new tracks.