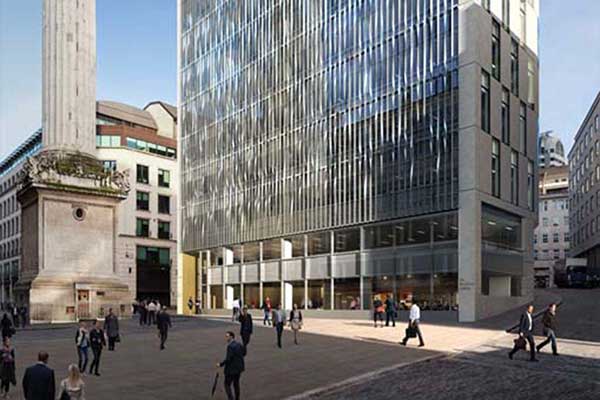 Recognising quality in all types of building projects, the prestigious accolades are the largest business-to-business awards in the building control sector.

Completed two weeks ahead of schedule in May 2016, The Monument Building is a 8,733m² nine-storey office-led development and was main contractor Skanska’s first London development.

Designed by architect Ken Shuttleworth’s make, it features four terraces, a large reception area, state-of-the-art cycle storage and shower facilities. The building has been fitted with a ‘curtain’ of twisted, anodised aluminium fins on the south façade.

Structurally, the building has been designed with a steel frame based around one eccentrically positioned concrete core. Arup were the project’s structural engineer, while Severfield fabricated, supplied and erected 650t of steel for the project.

Most of the building is built around a grid pattern offering spans of up to 12m. The steel erection programme was completed ahead of the planned 20-week schedule.

Skanska Project Director Brian Nunn said: “It has been a pleasure to be involved with The Monument project, a great project with a great team. Being awarded this prestigious award is a result of dedication and hard work from the whole team.”