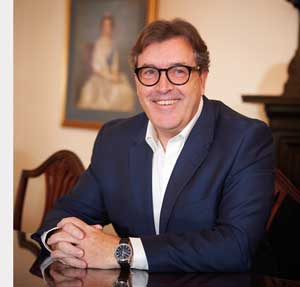 The danger with our lack of agreement on implementation is that it will allow the government to sit on its hands and take the ‘do nothing’ path once again. This can’t happen in a post-Carillion world where hundreds of sub-contractors so recently lost retentions to the failed Tier 1 contractor.

BuildUK has developed a ‘Retentions Roadmap’ that has the long-term objective of abolishing retentions by 2023. Excellent, except that time and experience has shown that it’s almost impossible for such a disparate, fiercely competitive sector to all implement such a radical departure. Because of the nature of contracting, in order to win a job main contractors and then sub-contractors often feel forced or coerced into agreeing to terms and conditions, including cash retentions, that they know represent a commercial risk, especially when faced with project slippage and factory loadings to manage.

There is also a myth that retentions are vital to protect the interests of the client – the stated reason for holding one is to ensure that any defects are rectified. But in the structural steelwork sector, I have completely failed to find a company that has had a retention withheld for that purpose. Other reasons have certainly been given, including using retention monies to help cashflow, bolstering year end accounts and even as a source of capital.  It’s ludicrous that SME sub-contractors are actually financing the rest of the construction sector!

So this is where the simple concept of holding retentions in trust comes in. For those who can’t let go of cash retentions, hold them in trust, like the tenancy deposit scheme. This will protect sub-contractors’ monies in the case of insolvency, like Carillion, but it will also act as a disincentive to ask for cash retentions in the first place. If you can’t use the retentions for the purpose that they were really taken, then what’s the point? And then the industry will really be on its way to abolishing cash retentions as outlined by BuildUK.

The Peter Aldous Private Members Bill, which proposes legislating to hold cash retentions in trust, has its second reading in the House of Commons soon. I’ll be reminding my MP, Jenny Chapman, that she should make sure she votes on this important issue. I recommend that you contact your MP too.