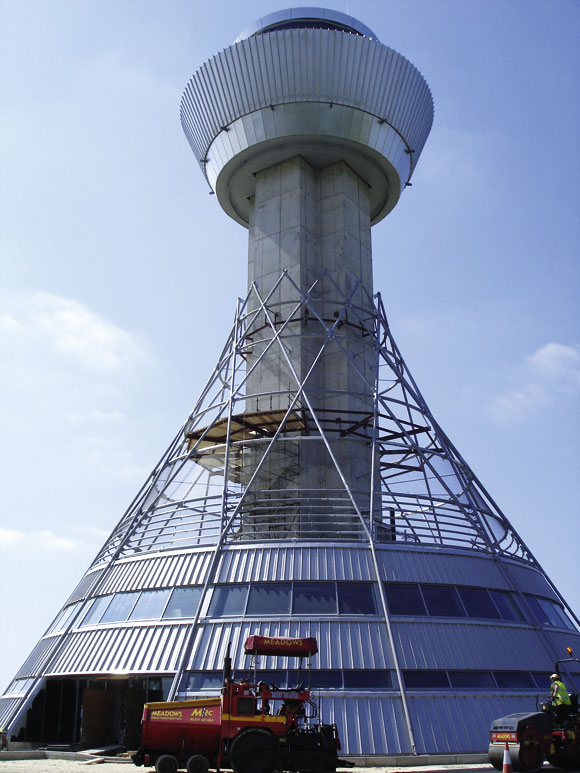 The new £8.2M control tower at Newcastle International Airport is rapidly taking shape and is scheduled to be operational by the end of the year. 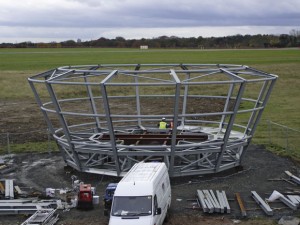 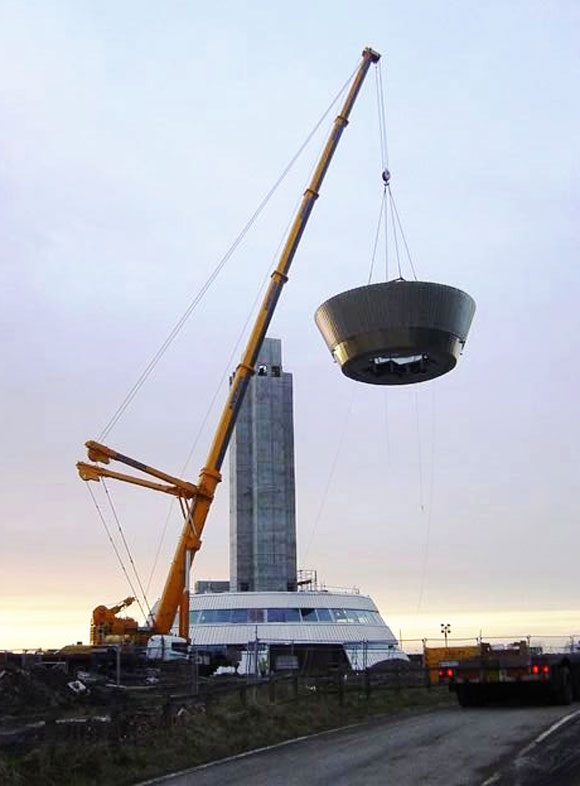 A 500t capacity crane lifted the entire module into place 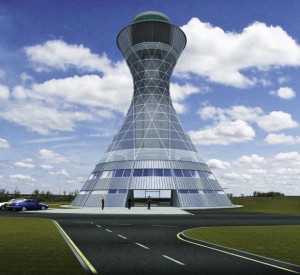 How the completed structure will look

The 45m-high structure is set to become a landmark development for the airport and will replace the present tower which was completed back in 1966.

A bespoke design has been adopted which incorporates an imposing visual appearance with a twisting lattice structure with concave sides and spiralling strips running throughout.

Rippin Steel started work on site in Summer 2006 and began by installing the low level steelwork for the tower. This consisted of a circular base which is two levels high and has a 32m diameter at the ground tapering upwards to a 22m diameter.

The low level steel was erected on top of a concrete slab and around the concrete core which rises to a height of 40m. This core shaft will house the tower’s lift, risers and stairs.

David Jamieson, Rippin Steel Managing Director, says the most challenging aspect of the project was erecting the uppermost module of the tower.

Rippin decided to trial erect the top of the tower at its yard before dismantling it and bringing it to site. The company then re-assembled it at the airport with the aid of a jig and then lifted the entire fully decked and clad 50t section in to place with a 500t mobile crane.

“This section is a very complex two-storey structure which has tapered elevations and is circular in plan with a fully welded braced frame made from 203mm x 203mm columns and eight tubular RHS columns,” explains Mr Jamieson.

Nils Clemmetsen, Associate at project structural engineers Arup, says a key requirement of the job was to design the upper module to be erected safely and economically.

As the plant installation on the roof of the lower level of the steelwork was in progress, lifting the upper section and placing it on top of the tower was the only viable solution.

“The design incorporates some extra bracing around the parapets,” says Mr Clemmetsen. “This was needed to minimise movements on the pre-clad frame during the lifting process.”

The final high level steel element of the tower slips over and around the top of the concrete shaft to very fine tolerances and is fixed into pre-formed pocket connections.

To connect the top and lower levels of steelwork, a galvanised tubular CHS framework infilled with a stainless steel mesh is now being installed to create the tower’s innovative curved profile.