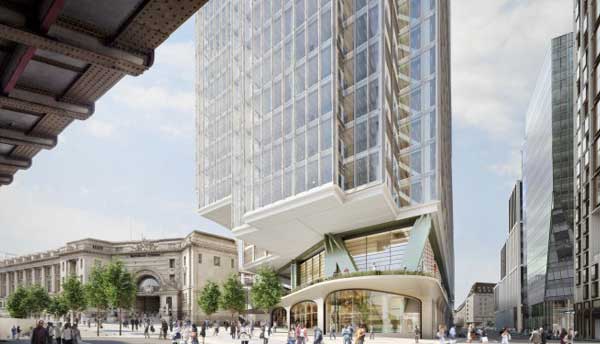 Developer HB Reavis has submitted plans to Lambeth Council for the redevelopment of the Elizabeth House site adjacent to London’s Waterloo Station.

The proposals involve the redevelopment of the existing Elizabeth House with a new scheme designed by Stirling Prize winning architects AHMM, which aims to deliver around 111,500m² of workspace, retail and a transformed public realm.

A key feature of the plans is a one-acre garden promenade, directly connected to Waterloo Station and of benefit to the 100 million users of the station each year.

Additionally, a new public route called ‘Waterloo Curve’, will provide a major new pedestrian street for the area which would be lined with shops and cafés.

HB Reavis said that since it acquired the building in May 2017, it has met with local stakeholders and community groups who have all shown positive support for the plans.

If planning permission is granted, the commercial development would bring approximately 11,000 jobs to the area.

HB Reavis added the proposed scheme would support a variety of workspaces to create an ecosystem of occupiers within the building and an employment, training and skills package for local people.