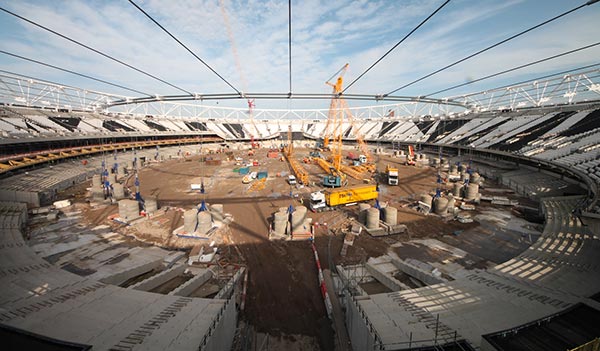 Work on the former London Olympic Stadium is progressing on schedule as main contractor Balfour Beatty has begun installing a new transparent roof, which on completion will be largest spanning tensile roof in the world.

As well as installing steelwork for the roof the works have also included alterations and strengthening to the stadium’s terracing structure. This has not only facilitated the new roof but also the retractable seating system that will be added to all four sides of the ground.

A movable seating arrangement will cover the athletics track and allow spectators to be closer to the action during football matches. Importantly, it also means the venue can become the new national competition stadium for UK athletics.

The former 2012 Olympic venue is being converted into a 54,000 seat capacity stadium to be used by West Ham United from 2016.

Prior to this the stadium will also host five matches during the 2015 Rugby Union World Cup.

Steelwork contractor for the project is William Hare.