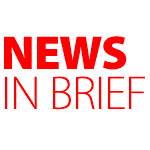 McLaughlin & Harvey has awarded Caunton Engineering the steelwork contract for a £114M distribution hub for United Parcel Service at East Midlands Airport. The 41,800m² structure will be a multi-span portal frame requiring over 3,000t of structural steelwork and has been designed by architect and structural engineer Aecom.

Graham Construction has been appointed as the contractor for a new modern office development known as i9, which is set in the heart of Wolverhampton. It will provide 4,600m² of Grade A office space when completed in 2020. i9 is the next step in building a thriving commercial quarter at the heart of Wolverhampton Interchange – bringing further investment and jobs to the city.

Muse Developments has launched a consultation on plans to create a new £150M neighbourhood at Church Wharf in Bolton town centre. Set alongside the River Croal and between St Peters Way (A666), Bank Street, Manor Street and Folds Road, the under-used site is set to be transformed. The scheme will include a mix of around 320 homes, a new hotel, commercial offices, and leisure and retail opportunities, such as a café, convenience store or bar/restaurant.

A £300M power station producing energy from waste could be built in North East Lincolnshire. The proposed plant would be located next to the existing South Humber Bank Power Station near Stallingborough, according to developer EP UK Investments. More than 600,000t of domestic refuse, brought in on trucks, would be burnt to produce enough electricity for about 500,000 homes, the firm added. If approved, the station would open in 2022 with the creation of some 50 jobs.