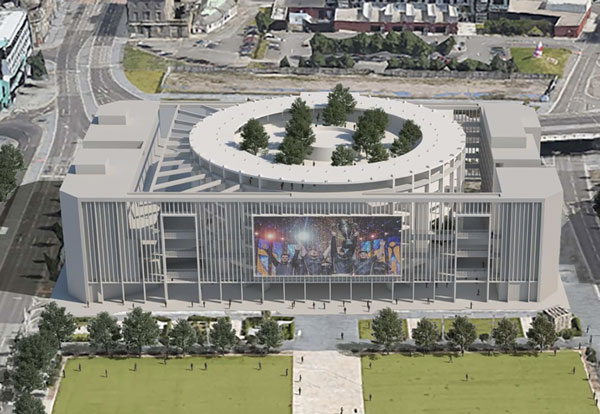 Ambitious plans have been released for a large multi-purpose arena in Dundee, which could also be adapted to host large video-gaming events.

The arena, which would be built near to the V&A Dundee building, would provide educational and employment opportunities for Dundee, giving Scotland’s digital economy a boost.

The arena would have 4,000 seats, an e-sports academy for further and higher education, as well as indoor sporting events, retail and workspace areas.

As part of the project, Abertay intends to develop a new range of degree courses related to the global e-sports job market, with students gaining access to bespoke facilities within the arena complex.

Professor Gregor White, Dean of Abertay University’s School of Design and Informatics said: “We are delighted to be involved in bringing forward this exciting partnership-led development for Dundee, which has the potential to make a significant contribution to the future development of Scotland’s digital economy.”