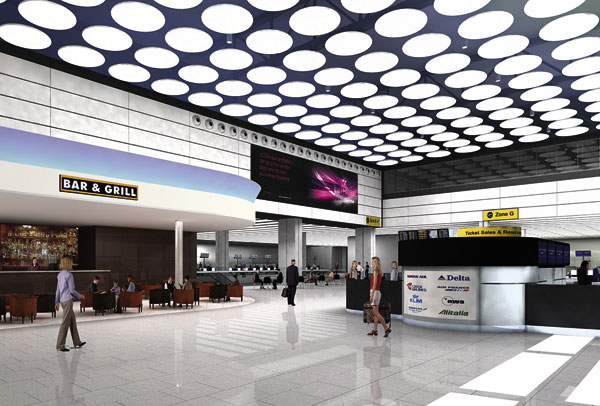 Refurbishment work at Heathrow Terminal 4 is currently on going with a new and improved check-in hall and airside lounge being constructed. The extended check-in hall will double the existing space and will feature a large column-free area topped with a transparent ETFE canopy.

Improvements to the existing short stay car park are also being undertaken. This structure will carry additional loading from a new public transport drop-off point, and the works include using steel plates to give the building extra strength.

On a separate contract, Bourne Off-Site Solutions has recently completed some complex night time steel erection for the pre-enabling works for the new Heathrow East Terminal.

Eventually replacing Terminal Two, the new building will require some major service lines prior to the main construction work beginning. Much of this preliminary work has involved Bourne erecting service towers and bridges which will carry utilities over the surrounding busy roads.

Bourne Off-Site’s Project Manager John Hanson, said: “Heathrow is extremely busy and we only had a four hour night time working window for the lifting and erection work.”

The largest installation involved Bourne erecting a 34m-long pre-assembled bridge between two steel towers. The bridge was lifted into place in two pieces, each weighing 15t and measuring 34m in length.

The operation was completed in one night and allowed pre-assembled steel service modules to be lifted into place over the following nights. 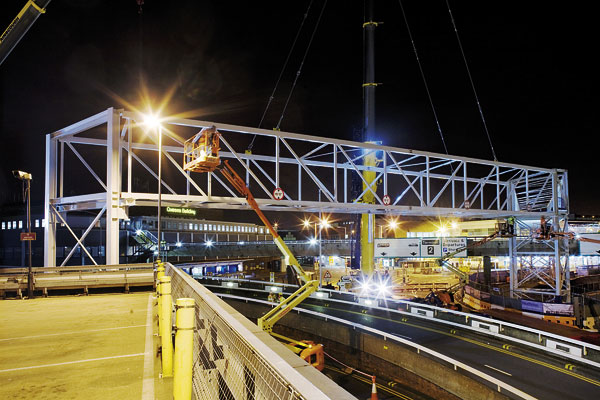