London tower close to topping out 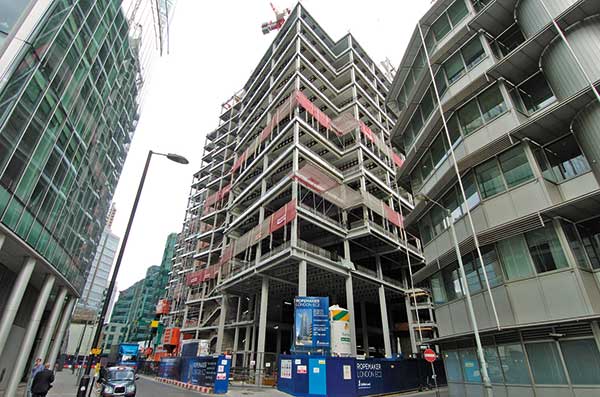 Steelwork has reached the 16th level at Ropemaker, a new commercial development currently under construction in the City of London.

Working on behalf of project manager Mace, Severfield-Reeve Structures will ultimately erect in excess of 5,500t of structural steelwork for the 21 floor tower and the company is scheduled to finish its steelwork in early June.

The building incorporates three concrete basement levels and steelwork erection began at ground floor. Fabsec cellform beams have been used for the majority of floor construction.

A feature of the structure is its large open entrance which was formed with 500mm square fabricated box sections.

“These large chunky sections were needed because the entrance hall is an open space, two-floors high, and the columns are then supporting the above floors,” explained Doug Willis, Project Manager for Severfield-Reeve.