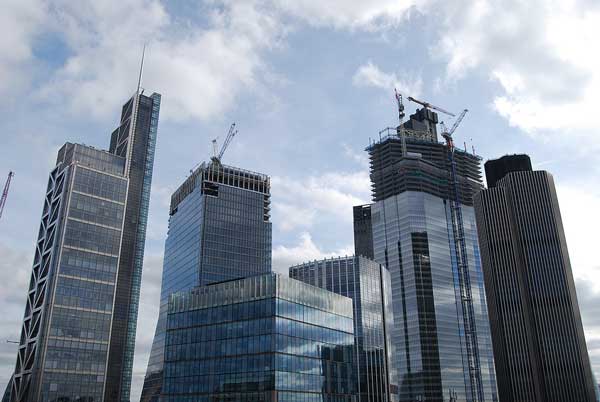 Office construction volumes in London are up 12% compared to six months ago, with 37 new schemes breaking ground, adding 325,000m² of floor space into the development pipeline.

According to the latest Deloitte London Office Crane Survey for summer 2019, the capital’s commercial sector has remained steady despite Brexit uncertainties, and total office space under construction between October 2018 and March 2019 amounted to 1.2M/m².

Encouragingly, the volume of new starts is also the highest since 2016, during the lead-up to the EU referendum. With 320,000m² of new office construction activity across 37 new schemes, the volume is 38% higher than 2018.

“The City of London continues to dominate construction activity with 600,000m² across 33 schemes. This is over half (51%) of the total volume across the capital. The City has also seen a shift in favour of large-scale refurbishments versus new builds as developers began work on eight refurbishments which will deliver 74,000m² of Grade A space.

“Office development in the West End is up 10% compared to last year and currently has 176,000m² under construction across 27 schemes.”