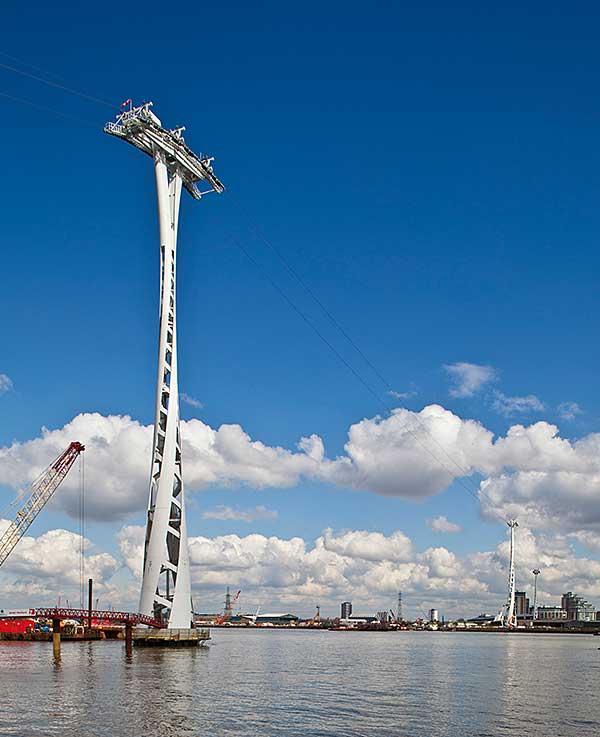 Construction work on London’s Emirates Air Line (cable car) has reached a major milestone with the completion of all three steel towers and the installation of a 1.1km long stretch of steel cable across the River Thames.

Passenger services between North Greenwich and Royal Victoria Docks are due to start this summer, with up to 34 cabins working simultaneously on the 90m high cables running between the two terminals.

The steel towers have been fabricated and erected by Watson Steel Structures (NSC February 2012) and have a combined steel tonnage of more than 1,100t. One tower stands on the river’s south bank, with the other two located on the north shore.

The North Intermediate Tower was the first to be erected and it stands at over 65m tall, the other two towers are 90m high.

Each tower is topped with a Doppelmayr head which allows the cabling to run across the tops of the structures. The cabling, made of twisted steel comprised of nearly 300 separate strands of 50mm thick steel, was pulled into place and tensioned using a 12t winch located on the platform of the south terminal building.