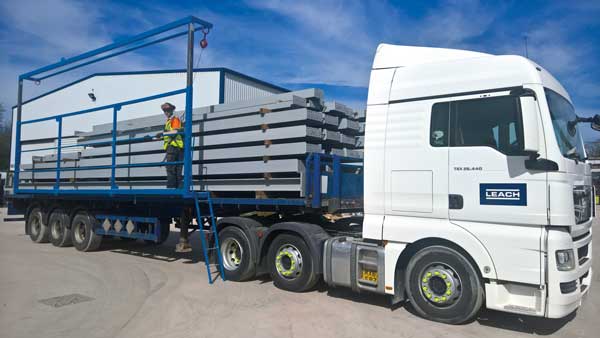 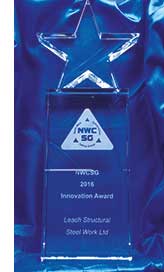 Allowing an operative to safely load and unload steel while working on the back of a truck, the frame was designed and built at the company’s own premises.

The frame comprises a walkway section measuring approximately 7.5m-long, with a support for two inertia reels.

Weighing 550kg, the frame locates into sockets on the trailer, usually provided by the bottom bearers, which are welded to the spine beams of the unit.

The frame is delivered to site on the first delivery and it is then hoisted from the trailer using permanent lifting points.

Once it is set level on the ground and brought to vertical using lifting points, the frame is then hoisted and inserted into the sockets on the trailer. It can be attached to either side of the trailer, generally opposite the storage area to maximise crane access.