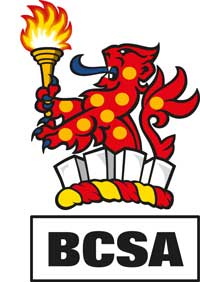 The UK government has agreed to a one-year delay to reverse VAT following an extensive lobbying campaign from industry bodies including the British Constructional Steelwork Association (BCSA).

If the government’s plans to impose reverse VAT on 1 October had been implemented, countless construction sub-contractors would have gone out of business as their cash flow would have been sent into negative territory.

HMRC has said that it will delay implementation until 1 October 2020 as businesses need time to prepare for the proposed VAT changes.

BCSA is now calling for the government to use this delay period to review the decision to impose reverse charge VAT altogether, as it has calculated that for an average subcontractor turning over £15M, reverse VAT will mean increasing negative cash flows, peaking at £262,500 in month three of the change.

“This would have been the end for many subcontractors who are already experiencing late payment, difficulties in agreeing final payment amounts and other additional costs such as the apprenticeship levy and increased pension contributions,” said Sarah McCann-Bartlett, Director General of the BCSA.

BCSA believes that the government did not fully understand the implications of yet another financial blow to subcontractors and had not communicated the changes sufficiently to industry. This is borne out by data collected by the Federation of Master Builders that shows that over two-thirds of construction SMEs (69%) have not even heard of reverse charge VAT.

“The potential damage to subcontractors’ cash flow is significant, which is why BCSA was calling for this delay, and now a review of the decision,” said Sarah McCann-Bartlett.