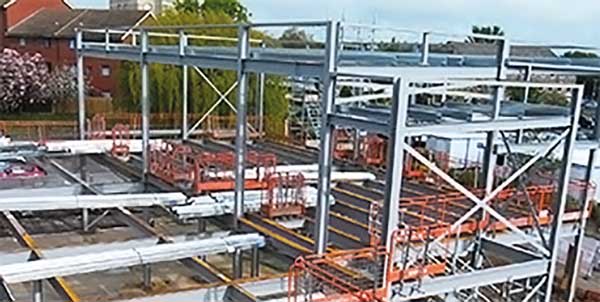 Steelwork design and fabrication for the £4.5M expansion and renovation of Kettering General Hospital is said to have been significantly speeded up with the use of Graitec’s Autodesk Advance Steel software.

According to TSI Structures Drawing Office Manager Adrian Betts: “The bi-directional link between Advance Steel and Autodesk Revit – used by BWB – made it easier to reuse their design model and work more efficiently with their engineers using a BIM workflow.”

TSI says it used the software’s built-in steel connection design engine (which fully supports Eurocode 3) to check connections in real time and this ultimately speeded up the design procedure by 20%.

The construction project included two new obstetrics/gynaecology operating rooms and supporting accommodation within a new extension to the front of an existing hospital wing.

Remodelling the hospital’s existing operating rooms was also part of the project’s remit.