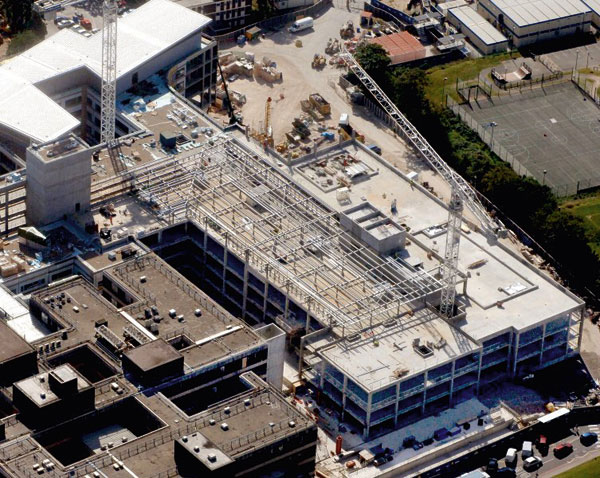 Wessex Galvanizers, part of the Wedge Galvanizing Group, has completed the latest phase of galvanizing for Portsmouth’s new Queen Alexandra Hospital which has been completely rebuilt and extended, making it one of the largest construction projects in the south of England.

Wessex Galvanizers was contracted to galvanize more than 250t of steel for a new 500-space staff car park at the hospital. Structural steelwork was also galvanized for the building of new plant rooms to house the hospital’s main heating boilers and other equipment.

Officially opened in June 2009, the new Queen Alexandra Hospital has more than doubled its previous size to 1400 beds, 27 operating theatres and 6,000 staff. It now incorporates the acute services from two other local hospitals in the Portsmouth area – St Mary’s Hospital, Portsmouth, and the Royal Hospital at Haslar, Gosport.

Richard Whiddett, Wessex Galvanizers’ Sales Manager, said: “This has been a long-term ongoing project over the past two-to-three years on behalf of our customer.

“We are delighted to be involved in such a major construction initiative, especially as our galvanizing work is helping to create a new hospital with patient facilities which are amongst the very best in Europe.”