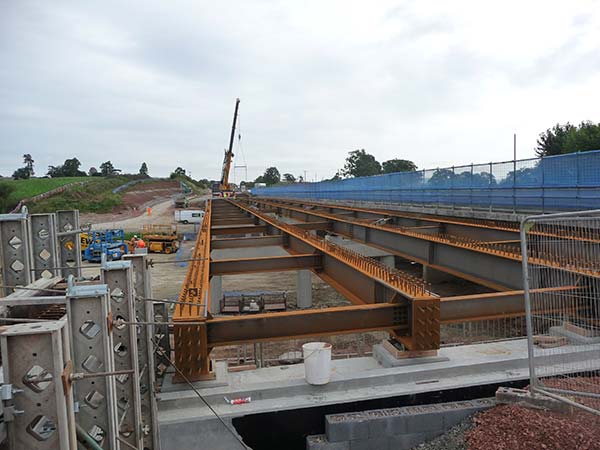 Weathering steel girders designed to age naturally and reduce future maintenance liability are being installed by Mabey Bridge on two motorway viaducts in the west of England.

The structural steelwork is going in at the Bushley and Ripple viaducts on the M50, which are being demolished and rebuilt on behalf of the Highways Agency. This follows discovery of corrosion to the former viaduct structures caused by water ingress and damaged concrete.

The Bushley structure has seven spans and is 120m long requiring 154t of steel, while the Ripple viaduct is 150m long, consisting of eight spans and with a steel tonnage of 190t.

Replacement of the viaducts forms part of a larger, two year package of highway improvements along the motorway worth £35M.