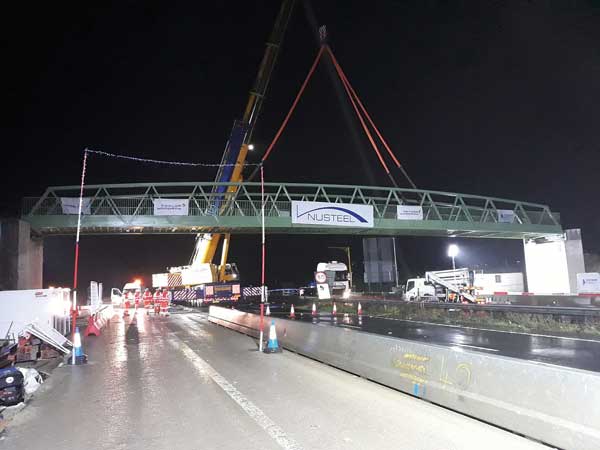 A fully assembled single span footbridge weighing 45t has been installed over the M20 in Kent during a night-time closure of the motorway.

Fabricated and supplied by locally-based Nusteel Structures, the steel bridge has been designed for pedestrians, cyclists and equestrians, and forms part of the ongoing junction 10a improvement scheme.

The existing Highfield Lane bridge is scheduled to be demolished next year, following the installation of East and West Gyratory Bridges which form the new junction near Ashford. The new footbridge will then open to the pubic later next summer.