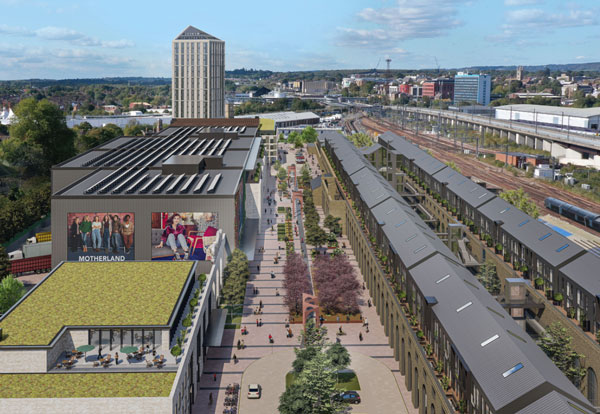 The project will see the restoration of Grade II-listed buildings in the town, converting them into TV and film studios, ancillary production space and a media village office complex.

Plans also include an educational hub, a 120-room hotel, serviced apartments, a conference centre, a gym, restaurant and leisure space.

“This project will make us the biggest regeneration specialists in Kent and I’m very proud of it,” he said.

“The buildings will go from making trains to making films. The growth of filming in Kent is enormous at the moment and this will turbo-charge it.”

Ashford’s former railway works grew substantially in the early part of the 20th Century and, although damaged in the Second World War, it remained a locomotive works until 1962 when the work was transferred to Eastleigh, Hampshire.

Many of the buildings were demolished over the next 20 years and what remains is the shell of the original workshops. The site includes five Grade II-listed buildings.