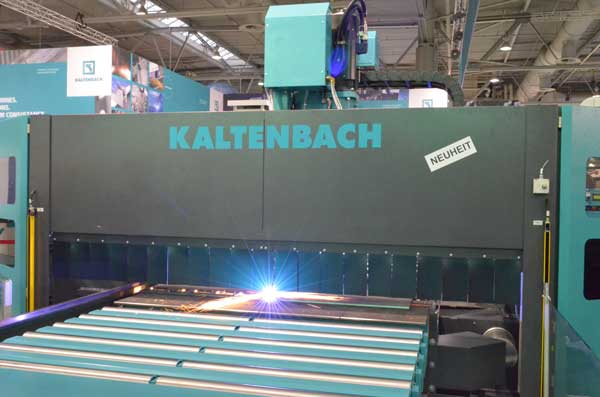 A processing system that could usher in a new era in steel fabrication was unveiled by Kaltenbach at the International Partners in Steel (IPS) 2015 show held at its headquarters in Lörrach, Germany. 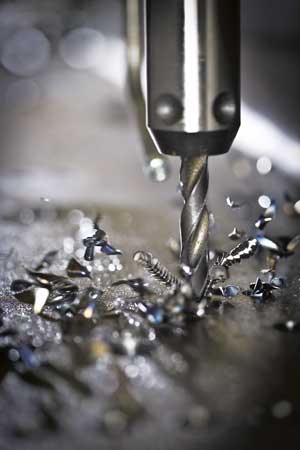 “This not only increases the process flexibility and material handling, but also optimises the material flow,” said Kaltenbach Group Sales Director Matthias Rummel.

With less downtime and less waiting on other processes to complete, Kaltenbach says customers could benefit from productivity increasing by as much as 80%.

Kaltenbach said the machine unveiled at IPS is the first ever KDH 1084 and further machines will be built and shortly put into operation at various local steel facilities.

The KDH features three milling units in conjunction with an extremely rigid frame structure, which is said to have been designed for the toughest of applications. Each milling machine can be equipped with up to 28 tools, while a high performance KBS 1051 band saw and an AS 1051 auto-sorter are also standard options.

Other equipment innovations on show at the biennial IPS show included a new punching/shearing system. The Kaltenbach KPS-A 167 and KPS-A 207 replace previous proven KPS models and have been completely redesigned.

The machines also include shear units with multi-use knives. These shear knives can be rotated by 90 degrees as they wear out, giving the customer more use before they need replacing.

The new KF 2114 plate processing centre (pictured right) was also displayed at IPS. This machine is said to have more tools (it has a 14-fold tool changer) and more functions than other units, and requires less installation space within a facility.

Built at the company’s Hengelo facility in the Netherlands, a new generation Sprint 1504 shot blasting machine was displayed.

“The Sprint range is often used in the steel and construction industries and pays for itself in a year when you have an annual shot blasting requirement of up to 20,000t,” said Mr Rummel. 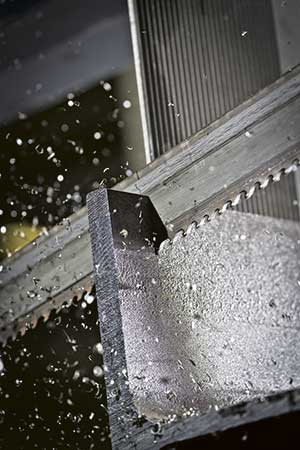 The sawing systems have given the Tata Steel facility a total output capacity exceeding 170,000 tons per annum. They include two Kaltenbach KBS1301DG models, a smaller KBS1010DG model and a KBS620DG for lighter sections and material packs. Also installed in a bespoke building at the 40-acre site is a Kaltenbach HDM1432 cold saw for heavy section processing.

Darren Hartley, Tata Steel Head of UK Operations at Teesside comments: “The Teesside installation was complex, with time scales far shorter than any installation that Tata Steel or Kaltenbach have undertaken. The project was delivered on time, in budget and has continued to develop under the modernisation of the Kaltenbach after-sales care.”