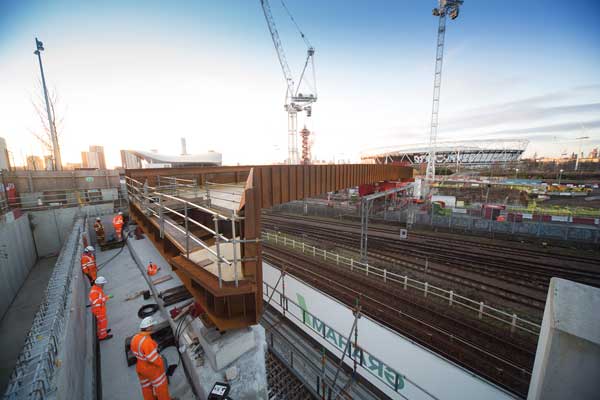 The 66m-long, 7.2m-wide and 350t steel Carpenters Land Bridge was installed as a key part of the infrastructure for East Bank, the new £1.1 billion culture and education district being created on Queen Elizabeth Olympic Park.

While Father Christmas was busy delivering presents, Graham’s construction team started their bridge installation work, which was completed in time for the Queen’s speech at 3pm.

“While many people were getting an early night in anticipation of enjoying the festivities during Christmas Day, our dedicated teams worked through the night to get the bridge in place – minimising disruption to the people who will reap the benefits once the work is complete.

“The team put the bridge in place using a self-propelled modular transporter rather than a more traditional crane typically used on similar projects. This provided greater certainty to the installation.”

Steelwork contractor for the project was Briton Fabricators.