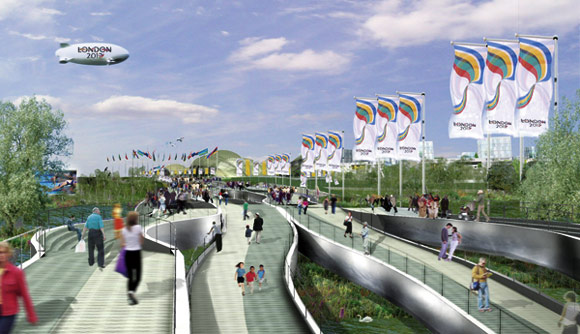 In order to prevent damaging and time-wasting disputes on any of its construction sites, Olympic Delivery Authority (ODA) Chairman Jack Lemley is set to enlist the help of a team of high-level industry experts.

His plan is to recruit top architects, QSs, engineers, lawyers and contractors to form a dispute resolution board. They would have the power to mediate and make binding adjudication decisions.

Meanwhile, the ODA has also announced that it will be using the third edition of the New Engineering Contract on all projects.

This contract requires a partnering approach to both design and construction based on mutual trust and cooperation.

So far, five consortia are believed to have registered bids with the ODA for the role of delivery partner, which is expected to be awarded in August.

Although the role of the delivery partner may alter slightly, it has been claimed the main function will be to oversee all individual projects and make sure they are on time.

He said that a number of bidders had approached the ODA about a potential conflict of interest, but delivery partner companies would not be automatically excluded from construction work.

On the design front, no architects have yet been appointed for any of the arenas, with the exception of the Aquatics Centre. This £70M project was awarded to Hadid Design, but its original design was deemed too expensive and a redesign is currently underway.

Before many of the projects can get underway an estimated £200M clean-up must be undertaken at the Olympic Park site.

At present six firms have pitched for the work: Birse; Kier; May Gurney; Morrison, Mowlem and Nuttall.

In another development London Mayor Ken Livingstone has announced the formation of an organisation that will pool the resources of all design bodies at the Greater London Authority involved in the Olympics.