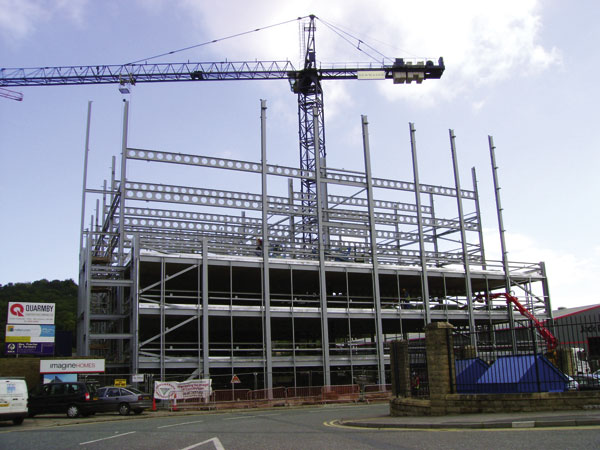 The Victoria Mills development includes the conversion of three 19th Century mill buildings into apartments and offices, the construction of three new multi-use buildings and a new car park which will serve the entire scheme.

Barrett’s Project Manager Alan Rowbotham said the main challenge for the construction of the car park was the minimal space available.

“On two sides of the site there was no access whatsoever, while the other sides were on fairly busy streets. The only solution was to put a tower crane in the middle of the project and erect the car park around it.”

Once the car park’s steel frame, precast floors and precast stairs were all in place, the tower crane was dismantled leaving a 7.2m2 hole in the middle of the new structure.

“We finished our work on site by lowering concrete planks, from a mobile crane, to fill the gaps left from the tower crane,” explained Mr Rowbotham.