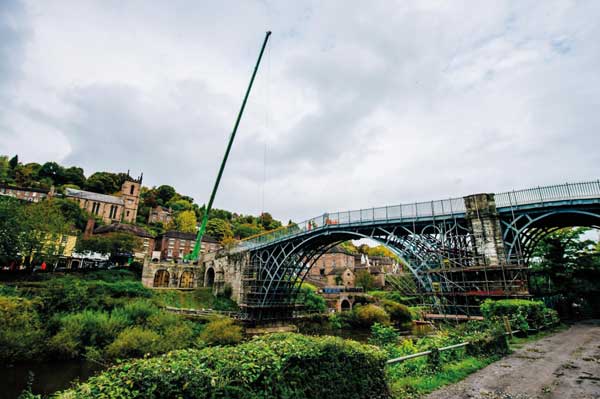 Shropshire’s historic and iconic Iron Bridge has been shrouded in scaffolding to allow a much-needed conservation project to get under way.

The project, the largest of its kind by English Heritage, will see contractor Taziker Industrial, repair, install new steelwork and repaint the structure in order to stop cracking in the centre of the bridge.

It is believed that most of the cracking has been caused by ground movements that have taken place during the last couple of centuries.

The world’s first iron bridge was completed in 1779 and opened to traffic in 1801. It became a Unesco World Heritage Site in 1986 and remains an important feature of Britain’s industrial past.

The Iron Bridge was the first single-span arch bridge in the world to be made of cast iron and was a turning point in engineering.

The bridge has been in the care of English Heritage since 1975 and the charity has undertaken regular conservation and monitoring during that time.