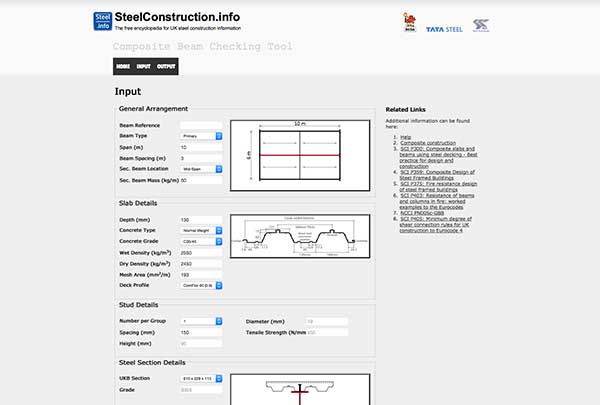 The Composite Beam Checking Tool on www.steelconstruction.info has been upgraded to include the latest guidance in SCI-P405 Minimum degree of shear connection rules for UK construction to Eurocode 4, guidance that was produced with British Constructional Steelwork Association (BCSA) and Tata Steel funding.