A steel-framed solution is the tried and tested method for creating high-rise and cost-effective commercial schemes throughout the UK. 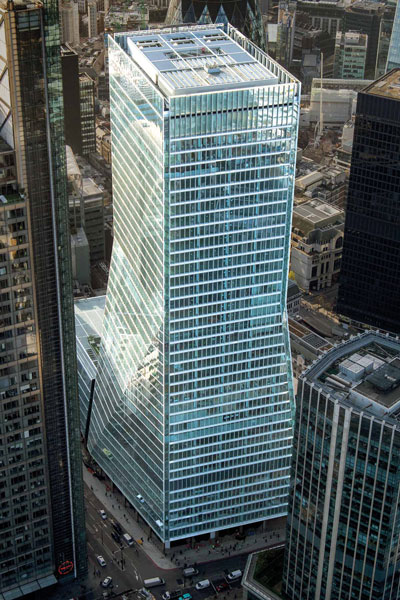 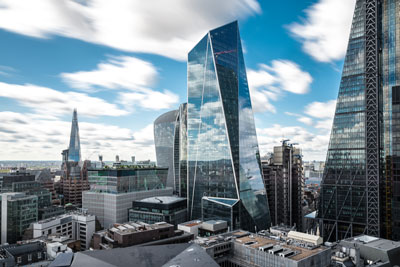 London has traditionally seen the most activity in the construction of high-rise commercial projects. Over the last couple of years one of the most prestigious jobs to complete is 100 Bishopsgate, a 40-storey tower that incorporates a distinctive structural design.

This stand-out City of London tower transforms from a parallelogram at its base to a rectangle at the top, accommodating just over 83,900m² of open-plan floor space within its main tower and a contiguous six-storey podium.

William Hare erected 15,000t of steelwork for this project, a total which included a number of inclined columns that form the structure’s sloping parallelogram façades that stretch from ground floor up to level 24.

The project team strove to achieve a high-level of excellence during the construction programme and this was recognised when Multiplex won a Silver Considerate Constructors Scheme 2016 National Site Award.

In addition, the Project was awarded the City of London Corporation’s Chairman’s Cup for most Considerate Contractor in the City of London. The 100 Bishopsgate job was said to have shown the highest levels of consideration towards the public, its workforce and the environment through adhering to the Scheme’s five-point Code of Considerate Practice.

Also in the square mile and only a stone’s throw away, 52 Lime Street (also dubbed the Scalpel) has also recently completed.

A total of 10,500t of steel was erected by William Hare for this eye-catching scheme. Setting it apart from its neighbours, the Scalpel features an inclined northern façade, which has a diagonal fold line running from top to bottom giving the building its distinctive look and name.

Elsewhere in the capital, steel construction is also playing a leading role in numerous commercial projects. One of the latest additions to the fast-growing King’s Cross redevelopment is Four Pancras Square. On this scheme, steelwork has come to the fore as an architectural highlight.

According to Eric Parry Architects, the 11-storey office block needed a strong identity that resonated with the site’s industrial heritage. This was encapsulated in the company’s design, which features an expressive exposed weathering steel exoskeleton frame.

The main feature of the steelwork, which was all erected by Severfield, is a storey-high Vierendeel truss that encircles the building at first floor level.

Forming part of a much larger south bank development, the steel-framed structures are 11-storeys and 17-storeys respectively, and required 6,300t of steelwork, which was erected by Severfield.

The design of both buildings has included the use of cellular beams throughout for efficient service integration. However, unlike Building One, which has some internal columns, Building Two has none, with clear uninterrupted spans reaching an impressive maximum length of 17m.

With such long spans, the connections are very big, as the finished main member is up to 30t in weight in some places. Consequently, Severfield had to use a number of plated sections to achieve the desired spans. 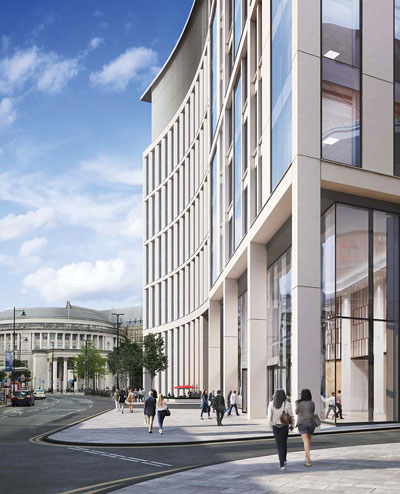 Second only to London, the Manchester commercial sector has been experiencing strong levels of demand. To satisfy this requirement, a number of city centre steel-framed office schemes have either been completed or are due to be finished in the coming months.

Two examples are the Landmark in St Peter’s Square and the twin Embankment development in Salford.
Billington Structures erected 1,800t of steel to complete the 14-storey Landmark building, which offers 16,700m² of BREEAM ‘Excellent’ office space.

Column-free space is a prime requirement in commercial buildings, and the Landmark satisfies this by only having one internal column, and having clear spans of up to 17.6m.

Positioned on a podium that once supported Exchange Station, which closed down in 1969, 100 and 101 Embankment are twin nine-storey and 10-storey commercial buildings serving the regenerated area where the cities of Manchester and Salford meet.

Commenting on the scheme, Salford City Mayor, Paul Dennett said: “These buildings are a physical demonstration of the commercial development and investment in Salford.

“This iconic pair of buildings will provide a new corporate centre bringing more jobs and revenue to the local economy.”
Elland Steel Structures erected the steel for both buildings. 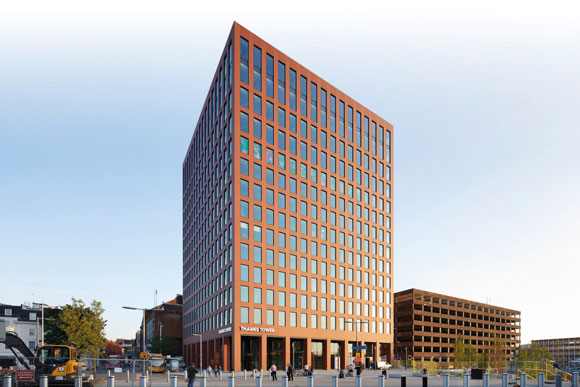 Home Counties on the up

Demand for commercial space in the towns surrounding London is on the rise as many companies are relocating away from the capital.

The imminent arrival of the Crossrail scheme has driven the market in Slough and Reading, two towns that will benefit from the faster direct rail link to central London.

Adjacent to Reading station, Thames Tower is a 1970s-office block that has been given a new lease of life with enlarged floorplates and four extra steel-framed floors above level 11.

A value engineering exercise was undertaken, whereby the concrete-framed structure was strengthened with steelwork to allow the new floors to be added, without any enhancements necessary to the existing foundations.

The project was a partnership between developers Landid and Brockton. Working on behalf of Bowmer & Kirkland, Leach Structural Steelwork erected more than 1,400t of steel for the five-storey building. 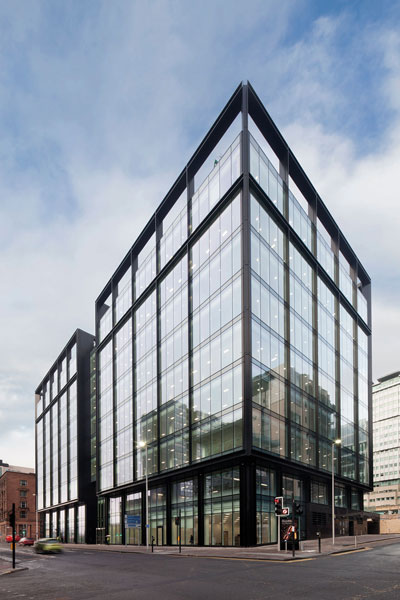 The commercial property sector in Glasgow has also seen a number of high-profile projects come to fruition during the last few years.

One of the most prominent city centre projects is HFD Property Group’s 122 Waterloo Street, a nine-storey commercial development, which was pre-let to Morgan Stanley.

The building provides 13,900m² of space over the basement, ground and eight open-plan upper floors.

Requiring BHC to erect 1,900t of steel, the building forms the first phase of the Bothwell Exchange development that also includes a second commercial structure that is currently under construction.

According to HFD Property, the 122 Waterloo Street achieved an A rated EPC and a BREEAM ‘Excellent’ rating, making it one of the most energy efficient and sustainable buildings delivered into the Glasgow office market.