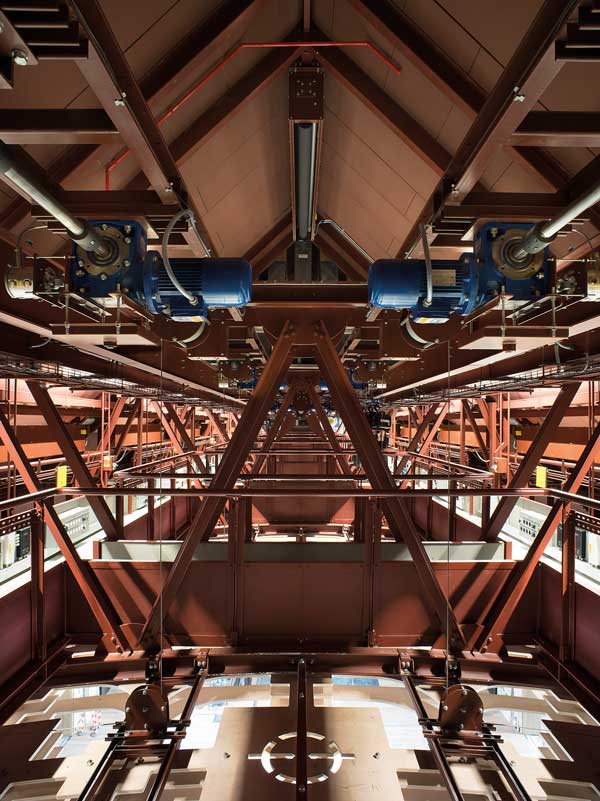 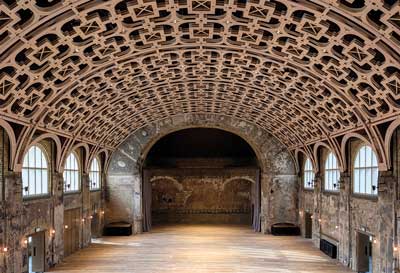 Following a devastating fire in 2015, a steel-framed roof structure has been installed to transform a Grade II* listed arts centre in London.

A 12-year programme to extend and refurbish the Battersea Arts Centre includes a new steel-framed roof spanning the facility’s Grand Hall and replacing a structure that was destroyed in a conflagration that blighted the scheme four years ago.

‘The main structural challenge was designing a new roof structure to fit the spatial and structural constraints of the existing brick walls that survived the fire,” explains Haworth Tompkins Associate Martin Lydon.

“It also had to respect the building’s heritage while providing additional load capacity for new theatre equipment, technical systems and the enhanced roof envelope.”

Heyne Tillett Steel Project Engineer Ella Warren adds: “We had to recreate the original roof trusses in form and size and provide for many more functions with minimum impact on the existing fabric of the building.”

To this end, a steel solution was adopted as the material has a high strength, which allows for smaller lightweight sections to be utilised making it a versatile material choice, especially for long span structures such as roofs.

For this project, a series of slender members was utilised to form roof trusses that created a clear 17.5m span across the hall.

The trusses are 10.5m-high and 900mm-wide, and were installed through removable sections in the temporary scaffold roof.

“Because we used steelwork for the roof, the steelwork contractor was able to construct the trusses in three sections offsite and bolt the pieces together once they were craned into place,” says Ms Warren.

“This minimised working at height and aided transportation to site.”

The original roof trusses had deep, plated haunches which were built into brickwork buttresses. The buttresses are two storeys high and incorporate brickwork arches over the hall’s side corridors.

The new roof’s design required a significant increase of load and thrust to the buttresses, and with the increased build-up of finishes there was a subsequent decrease in depth and stiffness of the truss haunches.

To overcome this, the team developed a design utilising elastomeric bearing pads on one side of the trusses that allowed them to ‘relax’ during the initial loading of the roof.

These movements were monitored during construction and the bearings locked in place once 50% of the roof build-up was installed. This ensured the thrust on the buttresses would not exceed the original case, while minimising live-load deflections. Using this technique avoided any time-consuming and costly strengthening works to the original masonry structure.

The project also includes some other steelwork elements such as demountable side galleries – which required slender steel beams hidden within a new acoustic floor build up, modifications to the balcony to support an organ, rebuilt dressing rooms, and a new stage roof.

The judges say, following a fire, the parameters of the original ceiling and roof finishes were set. However, the need to meet current regulations and improve plant provisions resulted in the roof truss needing to be slimmed down at its pinch point.