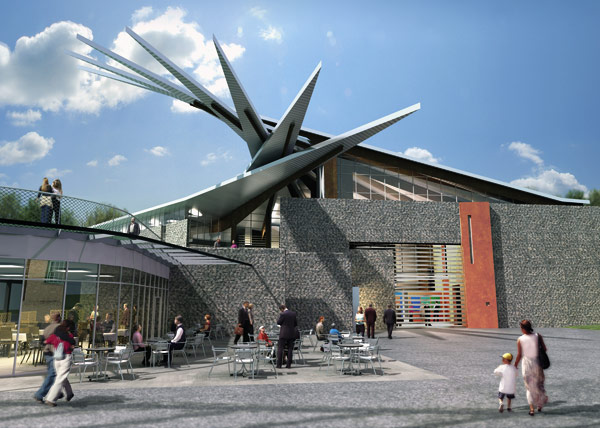 Construction is well under way of a project which will transform Woodhorn Colliery in Northumberland into a major cultural attraction. Focal point of multidisciplinary consultant RMJM’s design for the £17M project, near the mining town of Ashington, is a combined mining museum and county archives building.

The roof is formed by seven tapered steel roof blades of varying length and pitch which cantilever between 15m–22m. The roof will be supported by triangular steel feature columns, which will also taper in section. “It certainly set a challenge for RMJM’s structural engineers,” said Mr Kettle.

RMJM, as architect, structural engineer and building services engineer, sought to reduce both the energy use of the building and the embodied energy used in its construction.

The site, to be known as Woodhorn: Northumberland Museum, Archives and Country Park, also houses a number of listed buildings, six of which from part of a Scheduled Monument.