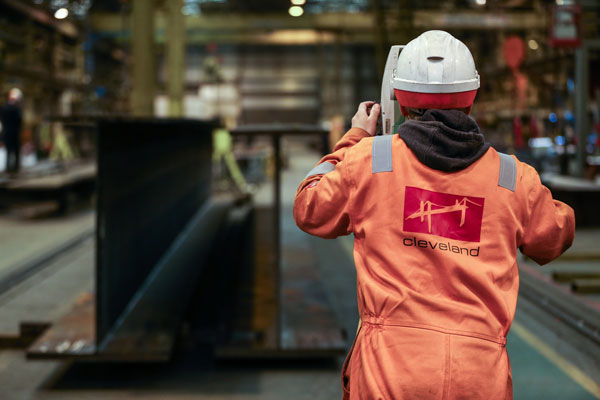 Steelwork contractor Cleveland Bridge has delivered its fourth consecutive year of profits, achieving a turnover of £37M for its financial year ending 31 December 2018, with an operating profit of £1.2M.

Cleveland Bridge said it continued to grow its order book in this period and entered 2019 with a very strong order position and positive pipeline of projects. It also expects to make further investments to improve on its operational costs in 2020 as it delivers its strategic programme of continuous business improvement.

Throughout the year, the company said it has strengthened its relationship with its sister companies based in the Middle East, increasing the global reach of the business.

In addition to its well-established infrastructure business, Cleveland Bridge also said it has returned to the building structures and bridge services markets. A large project to carry out rehabilitation and maintenance work on the Humber Bridge, originally fabricated by Cleveland Bridge, is on schedule to be completed in November.

Phil Heathcock, Chief Financial Officer of Cleveland Bridge said: “The investments we have made in people, processes and technology has ensured Cleveland Bridge has remained profitable in an uncertain market.

“The Brexit effect has been negative on UK construction order flow, but we have remained agile and competitive, alongside our reputation for consistently delivering projects to satisfied customers, enabling the company to continue to return positive financial results.”