The second part of a review of the impact of Eurocode wind action on the UK, in comparison with BS6399-2, by Alastair Hughes of the SCI. Part One appeared in the September issue 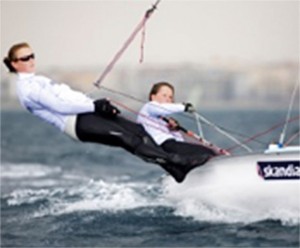 EN1991-1-4’s velocity pressure qp, based on its new wind map and the factors discussed in Part One, is practically identical to dynamic pressure q of BS6399-2. Though calculated for a height, and perhaps for directional sectors, to suit the building, it is an attribute of the incident wind.

Effects on the building will also depend on its own size, shape and dynamic character. As in BS6399-2, factors apply to qp to account for size and dynamism, so new qp cs cd substitutes directly for old qs Ca (1 + Cr). Overall forces are calculated either directly using force coefficients or indirectly (as in BS6399-2) using pressure coefficients together with a lack-of-correlation factor.

Separate size and dynamic factors are used in the UK. Combining them into a ‘structural’ factor cscd, though not ruled out, is discouraged. Dynamic factors apply to overall effects on the building; surface pressures for (e.g.) roof uplift or cladding design would be calculated without them. However size (of the area whose wind contributes to the effect being designed against) is always an influence.

Lack-of-correlation factor now varies with the slenderness of the building. The traditional 0.85 only applies up to h/d = 1. Unhelpfully, upwards of h/d = 5 the factor is 1 (linear interpolation intermediately). These values, given in a NOTE, do not have normative status (nor a symbol, though cloc could serve) but are endorsed by the UKNA.

Table NA.3 gives the size factor, varying with size (expressed not as a diagonal dimension but as [b + h] for the building or portion in question) and also with height (above displacement level) and zone. There are three zones A, B or C, as in BS6399-2, but now assigned in Figures NA.7/8.

The base Code has a separate localized allowance for size effect, wherever different pressure coefficients are presented for loaded areas of 10 and 1 m2 respectively. The higher 1 m2 values are only relevant to cladding design, if that, because the NA declares the 10 m2 values valid for any loaded area in excess of 1 m2. One of the reasons given for this bold simplification is that the UK cladding and glazing industry preferred it, which seems refreshing.

The NA includes graphs for dynamic factor, depending on height, aspect ratio and assumed damping. Table F.2 of the Code informs us that damping values, expressed as logarithmic decrement, may be approximated as 0.05 for steel buildings and 0.08 for ‘mixed structures concrete + steel’, which could be interpreted to mean either composite construction or steel frame with concrete core. Unfortunately no graph is provided for 0.08. Damping values are, in a sense, anybody’s guess, but Table F.2’s recommendations look distinctly cautious compared to traditional assumptions.

The NA’s treatment is presented as a simplification. The Code’s more elaborate one, 6.3.1 in conjunction with Annex B, is not overruled and ‘should be more accurate’. However its Annex C (in lieu of Annex B) and Annex D (bundling together size and dynamic factor) are rejected by the NA.

Force coefficients experience a resurgence. The ‘net pressure’ coefficients given in Table NA.4 (for rectangular buildings up to 5d in height) can readily be transformed into force coefficients by application of the lack-of-correlation factor. The overall wind force calculated this way (qp cf × shadow area) will generally be lower than that from summation of pressures. A more slender building must, and a less slender one may, use force coefficients from Code clause 7.6 (not forgetting that the NA substitutes Table 7.16).

There is no mention in EN1991-1-4 of the ‘enclosing rectangle’ concept for irregular shaped buildings, but it is as valid as ever and short of a wind tunnel there is no practical alternative. Not all architects are content to design shoeboxes to suit the Code! For circular and polygonal shapes force coefficients are available.

Pressure coefficients, in principle the same as before, are surprisingly controversial. At the eleventh hour (April 2010), the EN has been amended to allow national determination of roof pressure coefficients. Consequently the revised NA will replace Recommended Values with coefficients almost (not quite) identical to those of BS6399-2. Designers are rescued from legal limbo (an ‘advisory note’ at the back of the original NA recommends continued adherence to BS6399-2), but disharmony remains.

NDP status allows the NA to set 1 m2 values for roof pressure coefficients equal to 10 m2 values, an indirect abolition. [The slate could have been wiped clean by doing likewise for walls, but it seems that Table 7.1’s values for 1 m2 are to remain.]

Zones A, B, C into which side faces are subdivided are not to be confused with the similarly labelled zones for size factor in Table NA.3. The PD includes advice for zoning of some building shapes not in the Code.

Calculation of lateral force by vectorial summation of surface pressures will still be called for where roofs are not flat (unless a force coefficient is applied to an enclosing cuboid). The NA clarifies that the lack-of-correlation factor may be applied to all of the lateral force, not just the component from the walls.

Another candidate for the pressure summation approach is a building subdivided by movement joints between front and rear faces, with apportionment of wind force dependent on internal pressure.

‘Division by parts’ is permitted, but for windward face only, which limits its appeal.

For virtually all buildings, computation of internal pressure is necessary for cladding design. For some, it will also influence structural design. The new regime has little new to say on the subject; its declaration that the internal pressure coefficient can be taken as the more onerous of +0.2 and –0.3 (in the absence of a dominant opening) echoes that of BRS Digest 119 in 1970, and designers of portal frames will look in vain for the relief offered by BS6399-2.

Locally increased side face suctions where wind is funnelled between adjacent buildings receive scant attention in the Code, but the NA corrects this deficiency with notes under (but rather unrelated to) Table NA.4.

A taxpayer-funded calibration study commissioned by CLG is freely downloadable at http://www.communities.gov.uk/publications/planningandbuilding/calibrationeurocodewind

Conclusions are that the new regime will generate slightly lower design wind forces than BS6399-2 for low rise buildings, but that high buildings will suffer an increase, in some cases 30% or more. This is largely due to the tapering (to the point of withdrawal at h/d = 5) of the 0.85 factor for lack-of-correlation, which BS6399-2 applied irrespective of height or slenderness.

Arguably the most serious impact on our structures, of any height, will be made not by EN1991-1-4 but by EN1990. This dictates a partial factor of 1.5 where wind action is the leading variable action, as in lateral design or an uplift situation. This is an increase from the factor of 1.4 previously applied. Wind is now taken just as seriously as any other variable action when it is ‘leading’. A vestige of its traditional underassertiveness remains in the relatively low combination factor applied when wind is an ‘accompanying’ variable action. This is cold comfort because situations in which wind governs are commonly those in which it is the only variable action, countered by unfactored permanent (dead) load alone. Note that equivalent horizontal force represents an inclination of the gravity action and is factored as such. It is not an independent variable action.

By comparison with a pre-Eurocode design, it seems likely that lateral forces will increase, at least for the higher buildings in which they matter most. Impact on member sizes will vary from building to building, and from member to member, but clearly lateral forces will be more demanding of attention. There will be consequences, not least for connection design, in moment-resisting frames. In braced buildings, columns under tension gain a little relief from enhanced holding down power of reinforced concrete floor slabs whose density is taken as 25 not 24 kN/m3. On the compression side increased factors on wind will tend to be compensated by the reduced factors on gravity (though combination-factored wind will contribute to ultimate design compression, which is tedious). Any member resisting wind alone, such as a diagonal, is in line for a meaningful increase in design force. 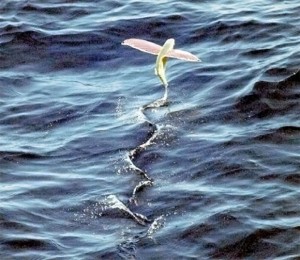 Updated UK wind code or harmonized Eurocode? Perhaps it should be conceded that this new regime is neither fish nor fowl. Europhiles and traditionalists alike may find its presentation unappetizing. Yet after a little effort with the knife and fork, and some chewing over, its digestibility may surprise us all.

Would it be far-fetched to suggest that despite appearances this might be the best wind code yet? We need a good one, as EN1990 partial factors make future structures work harder against wind.