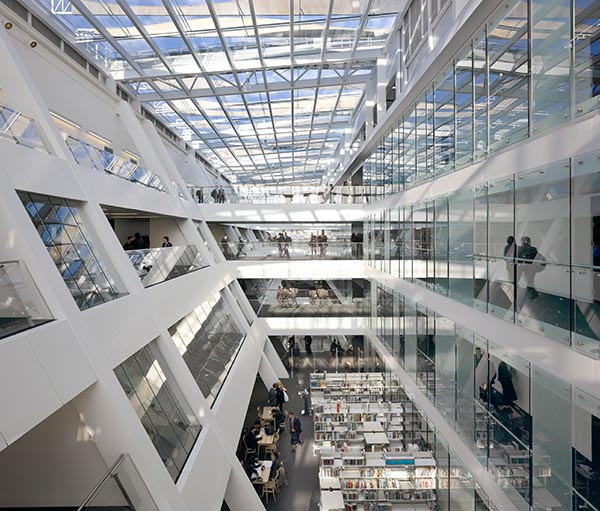 One of the nation’s most famous state schools has been rebuilt using structural steelwork to create a more flexible and sustainable building.

FACT FILE
Architect: Aedas
Structural engineer: Buro Happold Ltd
Main contractor: Shepherd Construction
Client: The Royal Borough of Kensington and Chelsea Located within a conservation area and adjacent to the Royal Borough of Kensington and Chelsea’s largest park, the redevelopment of Holland Park School was a high profile project that called for a new building that neither looked nor felt like a traditional school.

This was achieved by using a structural steel frame to create flexible and open plan spaces, while externally the school is sympathetic to its parkland neighbours with the addition of a striking façade made up of copper, brass and bronze.

The original school buildings were opened in 1958 and in its day Holland Park was a flagship for comprehensive education accommodating more than 2,000 students. 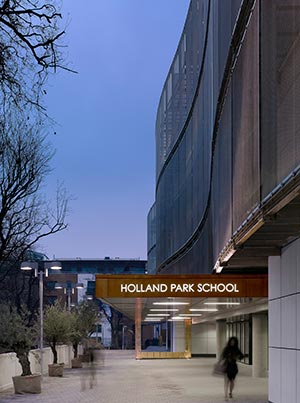 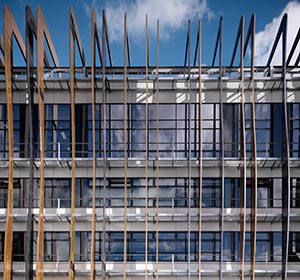 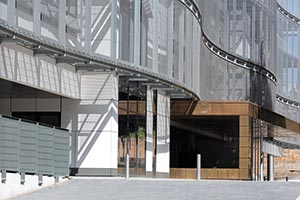 Unfortunately in recent times the sprawling campus was no longer fit for purpose as it was inflexible, suffered severe cold and overheating problems, and had poor circulation routes.

The project was funded by the sale of a portion of the school’s sports grounds. However, the new 1,500-pupil school maintains an equivalent amount of external play areas because it has consolidated the campus into a more compact footprint, providing a flexible teaching environment for the 21st Century.

“Despite standing on a smaller site, the new Holland Park School has both larger internal accommodation and external areas than its predecessor as a result of efficient design and innovative use of space that was realised through the use of steelwork for the primary structural frame,” says Angus Palmer, Buro Happold Director.

The new building is approximately 100m long x 30m wide. It has five levels that sit above a basement that houses the school’s largest spaces – a sports hall and a 25m-long, four lane swimming pool – as well as kitchen and dining areas.

Above ground the building is split into two banks of accommodation separated by a large feature glazed atrium. The two wings (east and west) are linked by steel link bridges and stairs.

The western block takes the form of a large A-frame structure that straddles the longer span areas in the basement to create clear spaces without the use or need for transfer structures.

“The A-frame also creates a dramatic form to the atrium, maximising the penetration of natural light into the building and classrooms,” says Yasser El Gabry, Aedas Design Director. “It could not have been designed or constructed in any other material.”

The internal raking columns of the A-frame support tiered floor plates, with each one becoming progressively shallower towards the top. Each tier serves as a circulation route and also accommodates breakout and informal learning space including a Learning Resource Centre and IT clusters.

“The A-frame is the signature piece of the atrium, which also serves to orientate users of the building and allows optimum supervision at all times,” adds Mr El Gabry.

Structurally the A-frame works by spanning the classrooms between perimeter columns and uses a central hanging column to take the floor loads up to the roof level where a large plate girder transfers them to the inclined columns.

Steelwork supports pre-stressed planks for the floor slabs. These were chosen to maximise the long spans without the need for secondary supports, while also providing high quality exposed soffits for the thermal mass cooling strategy for the building.

The frames are constructed using regular 610 UKBs with 350mm UKC sections for the bracing. These are set on a double grid to work with the classroom and preparation room layouts and a system of K-bracing that was used to allow for doors to be set within each bay for future flexibility.

“Using steel was essential to the project’s ethos,” says David Chappell, Associate Head Teacher at Holland Park School. “We have sophisticated buildings linked by a large open atrium which together have produced an environment that the pupils fully appreciate.”

The specialist classroom block at this prominent school has braced steel walls at regular spacing, both to span the large sports and assembly spaces, and to respond to the inclined support along one side where the atrium widens as the building rises.

This clever solution provides large column-free classrooms and open, dynamic circulation spaces at the heart of this meticulously designed school.