November 4, 2014 by NSC in Projects and Features, This month's featured stories 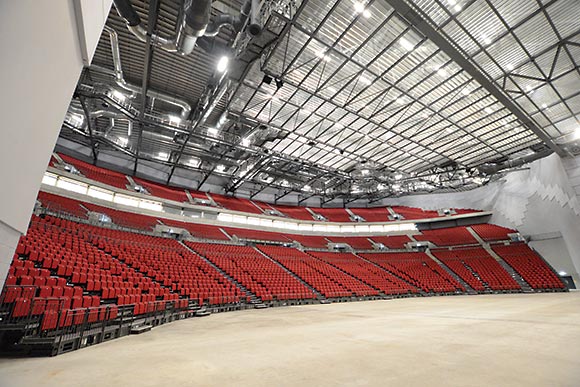 In the latest of our Projects Revisted series, Martin Cooper reports from the First Direct Arena in Leeds, a project that has gained a BREEAM ‘Very Good’ score of 63%, the highest for any UK arena.

Economic and environmental issues have also taken centre stage with this project as the venue is now underpinning a part of Leeds city centre that was previously in need of some attention.

The Arena has helped stimulate local regeneration with a number of businesses, such as restaurants and a hotel, opening up in response to the venue. A social benefit of the project was that it helped create jobs during the construction phase, while plenty of local people have now found employment at the completed arena. 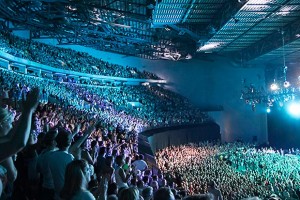 Creating such an important and iconic venue required the right framing material. Steel construction played a leading role, as a large indoor space with spans of up to 72m needed a steelwork solution.

“During the early stages of the design process we compared all materials and we chose steel as it not only gave us the long spans but also easily accommodated the extremely heavy loadings within the roof,” adds John Rhodes, Lead Architect for the project (now Director at HOK Sport).

Forming the auditorium are a total of 13 trusses spanning up to 72m, five of which span onto a 54m-long truss over the stage.

Innovation and collaboration with the acoustician and the rest of the supply chain enabled an increase in truss depth, thereby minimising the weight of these large elements despite the required heavy acoustic roof.

According to structural engineer Arup, the top roof layer bears onto the trusses via resilient bearings and this prevents sound escaping while maximising structural efficiency.

Aside from its innovative design (see box), the First Direct Arena fulfils many aspirations made clear during the initial planning stages. 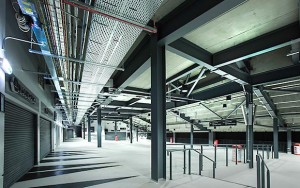 “The council had asked people in Leeds what they wanted and a venue was the overwhelming response,” says Mr Rhodes. “Leeds City Council then implemented delivering the project economically, while also adhering to an important sustainability agenda.”

Unfortunately the timing of the project’s commencement coincided with the economic recession and this made achieving the sustainability targets very challenging.

“Sustainability was a key priority for the council as we wanted to achieve the highest BREEAM rating of any UK venue,” says Chris Coulson, Leeds City Council’s Project Manager.

“This is the council’s approach to all of its developments, however due to the recession achieving our aims was a little more difficult, but we overcame this through value engineering, choosing the right materials and teamwork.”

All of the project team’s hard work and its persistence in adhering to a sustainability agenda has paid dividends as artists and the public alike have showered the venue with plaudits over the last year.

Rod Stewart is claimed to have said that the arena has the best acoustics of any venue he has appeared at on this side of the Atlantic. High praise indeed! 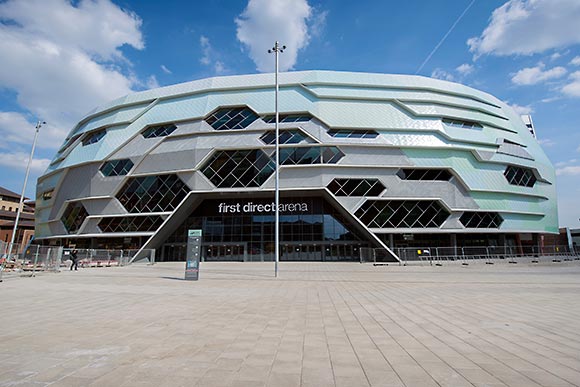 The site’s shape and location required the UK’s first fan-shaped bowl, overlooking a stage set into the slope of the site. This innovation ensured the desired capacity was achieved and helped unlock the commercial potential of the city centre arena.

“A 4D BIM model was used for construction sequencing, enabling visual illustration of residual risks, like lifting the PA steel truss. The 75-hour continuous operation to fix the 180t truss involved two 500t cranes lifting and holding the steelwork in position while the permanent restraints were installed.”

BAM has measured the benefits of BIM as saving 1,000 design coordination issues and £350 to £500k in site costs against typical expectations on a similar project.